Madeleine Mantock is a British actress who is featured in the lead role of witch Macy Vaughn on The CW series Charmed. Madeleine is low key about her romantic life. 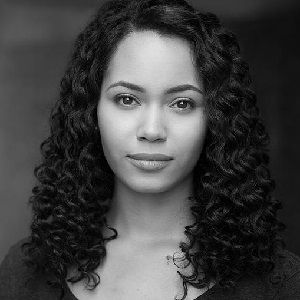 British actress Madeleine Mantock doesn’t like to share her past and present relationships with the public. She is said to have been approached by numerous actors in her career but no official relationships of Madeleine have been known.

She said in one of her interviews that she is looking for a British boyfriend and is open to dating outside her ethnicity. Although she hasn’t disclosed any of her past boyfriends, she said that she still keeps in touch with them.

She has a cute puppy of Maltipoo breed.

Who is Madeleine Mantock?

Madeleine Mantock is a British actress. She is mostly known for her involvement in the movies and television series including ‘Into the Badlands’, and ‘Edge of tomorrow’.

She also appeared in the TV series ‘The Tomorrow People’ as Astrid Finch.

Madeleine was born on 20, May 1990 in the United Kingdom. She is a British actress of mixed (Part Hispanic and British) ethnicity.

Nothing is published about her father and mother.

She received a partial scholarship to Arts Educational School in London. She modeled to pay for her drama schooling in England.

Madeleine was already involved in some of the acting projects before her graduation. She likes to keep most of her information a secret from the rest of the world. The Early Life of Madeleine has often been in the dark and she has not shared the information publicly.

Madeleine Mantock’s career in the show business began after she appeared in Lee Nelson’s TV Show ‘Well Funny People’. She later starred as Scarlett Conaway in the TV series ‘Casualty’. She was part of the series for 36 episodes starting from 2011 till 2012.

Madeleine has had 7 credits as an actress during her career. Some of the movies and televisions that she has been involved in include ‘The Truth Commissioner’, and ‘Breaking Brooklyn’. She portrayed the role of Astrid Finch for ‘The Tomorrow People’.

Her most notable work was for Tom Cruise’s blockbuster movie ‘Edge of Tomorrow’. She played the role of Julie in the movie. Her character for ‘Into the Badlands’ was Veil.

Her net worth is not known. She has appeared in numerous movies and television series throughout her career and her fans have speculated her net worth to be in the millions. She was named the hottest breakthrough star from England by the young ‘Britt’s association’ in 2014.

Madeleine likes traveling a lot and she posts pictures of her travel on Instagram. She is famous over social media and often posts throwbacks to her previous years in her career.

Madeleine has been successful in maintaining a good public image and has seldom been involved in any rumors or controversies.

Madeleine Mantock has a height of 5 feet 8 inches and weighs 57 kg. She has black curly hair and black eyes.