Updated On January 6, 2023 | Published By: Claude Payton
Share this
Single 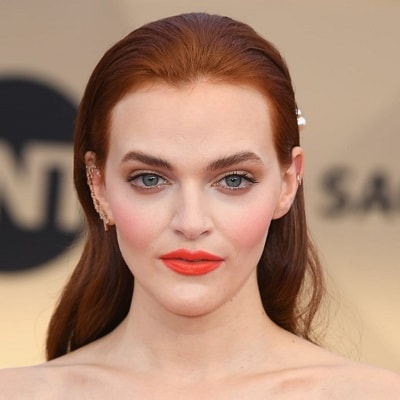 I really love my hometown. I carry that with me.

Step outside your comfort zone because that's the only way you're going to grow.

A mirror reflects what you see, and a black mirror shows the dark side of it.

Also, she has not been seen with any other personalities. She is currently focusing on her career rather than being in a relationship.

She remains low-key when it comes to her private life. If there is any detailed info about her relationship then it’ll be updated.

Who is Madeline Brewer?

Madeline Brewer is an American actress. She is famous for her performances in ‘Hemlock Grove and in the Netflix original series ‘Orange Is the New Black.

She was born on May 1, 1992, in New Jersey, USA. Her birth name is Madeline Kathryn Brewer. She was born to her father Mark Brewer, a musician, and mother Laurie Brewer.

Madeline holds American citizenship but her ethnicity is Italian, Irish, English, and Scottish.

She completed her primary education at the local school and attended the American Musical and Dramatic Academy in New York City in 2012.

Madeline Brewer began her career portraying the role of Tricia Miller in the original Netflix series ‘Orange Is the New Black. After that, she made her appearance as Miranda Cates in ‘Hemlock Grove’ from 2014 to 2015.

She has been nominated for Screen Actors Guild Awards in the category of Outstanding Performance by an Ensemble in a Drama Series for ‘The Handmaid’s Tale in 2019 and 2018. Also, she has crowned Miss Pitman in high school in 2010.

There was a rumor that she was dating Nick Jonas as they were seen on a dinner date but she denied the rumor.

Also, she has light brown eyes and blonde hair.

To know more about Vanessa Baden, Bru Luccas, and Oliver Stone, please click on the link.