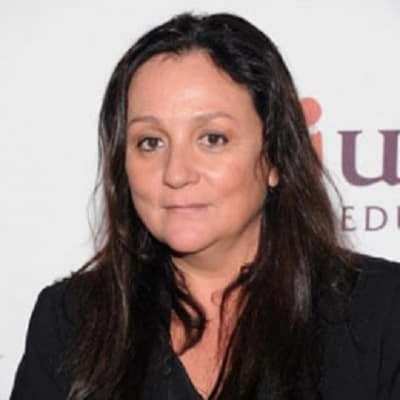 What is the relationship of Madeline Cuomo?

Madeline Cuomo is happily married to Brian O’Donoghue. Her husband, O’Donoghue is the son of the Justice, Mr. James F. O’Donoghue. He is a graduate of Queens College. Before graduation, O’Donoghue was a firefighter.

The couple first met each other in St. Francis School. The wedding took place on 12th June 1993 in Albany. The wedding was officiated by Monsignor John L. Jones.

Being a private person, she has not shared any details on her children.

Who is Madeline Cuomo?

Madeline Cuomo is an attorney. Cuomo is renowned as a member of the Cuomo family.

Madeline Cuomo was born in 1964 in New York City, New York, United States. She is of Italian ethnicity.

She happens to be the third child of Mario Cuomo and Matilda Cuomo. Her late father, Mario was the 52nd Governor of New York. Also, he was a member of the Democratic Party. On the 1st January 2015, he passed away at the age of 82 from heart failure.

Her mother, Matilda Cuomo is a woman and child advocate and the former First Lady of New York. In that year 2017, she was inducted at the National Women’s Hall of Fame.

Her elder brother, Andrew is a politician and lawyer. Also, he is the current Governor of New York. Her younger brother, Christopher is a journalist and renowned as the presenter of the Cuomo Prime Time. The elder sister, Margaret is a radiologist specializing in cancer prevention whereas her sister, Maria Cuomo Cole is the producer of Cuomo Cole Production.

Moving to her academics, she is a law graduate. She graduated from the Albany Law School specializing in matrimony.

Her maternal grandparents; Mary Gitto (grandmother) and Carmelo Raffa (grandmother) were originally from Sicily of Italy. Carmelo was a real estate investor.

Whereas her parental grandparents; Andrea Cuomo and Immacolata Cuomo-Giordano. Her grandmom, Immacolata was originally from Tramonti, Campania.

Talking about her professional career, there is very less known. After graduation, she joined the New York Law firm, Shea & Gould as an associated attorney.

As of 2022, her net worth is $5 million. Also, details on her salary are not available, as there is very little known about her professional career. However, an attorney makes in the range of $53k – $184k.

To date, she has not been part of any sort of controversy and scandals that created headlines in the media. Besides that, she also managed to maintain distance from any sort of rumors.

You may also read the bio, age, parents, education, career, net worth, salary, and social media of Laurence Fox