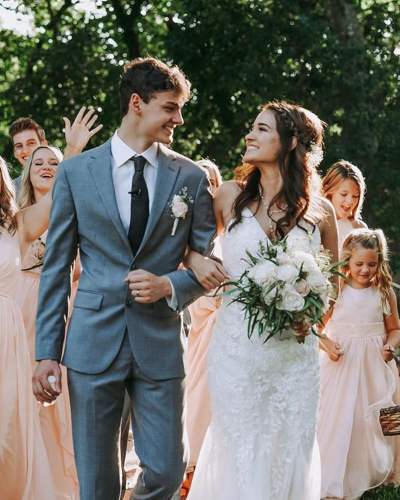 YouTuber Madeline Phillips and Stephen tied the knot on September 12, 2020. The couple read their vows in their hometown. They had to postpone their marriage and set a new date due to the ongoing pandemic. Madeline came down the aisle in a floral wedding dress.

On the other hand, Stephen rocked his wedding look in a grey tuxedo. The duo had an intimate ceremony with their friends and family. Another YouTube couple joined them on their big day. Madeline gave a glimpse of their big day sharing a few pictures from the day.

Madeline Phillips was already on YouTube making her career before she met her now-husband. In January 2017, she made a video with the title ‘Drive with me‘. In the making of the video, she first decided to go to Starbucks but later she went to Chick-fil-a.

While she was in the drive-thru, she saw a boy who was working in the food joint as a part-time worker. Afterward, she told her followers she wants to find the boy because she found him cute at the first sight itself.

Moreover, she was in love with his voice and looks. As she was already a social media personality at the time, her followers found him in no time.

The two had a conversation on YouNow live. And in no time the couple started dating and documented their journey on their couple channel. Their fans have watched them growing together to get engaged and now married.

After and half years, Stephen planned a proposal. In May 2019, Stephen took her on a cruise and went down on a knee. They are happily married now and are pursuing their career on social media together.

She joined YouTube back in 2012 with her channel ‘AyexMadeline’. In the beginning, she made videos of easy hairstyles, make-up, nail art, and cooking. However, at the beginning of her career, she was not doing well on YouTube due to her inconsistency.

Later on, she realized what she was doing wrong and worked on it. Madeline then started posting videos of driving around with her mom, brother, and by herself sometimes.

Slowly she started growing her fanbase and views on her channel. She is a successful YouTube with over 500 K subscribers on their couple channels. Moreover, she also has almost 170 K subscribers on her personal channel.

Did Ken Walker Cheat On Fiancee De’arra Taylor? He Was Spotted Getting Cozy With A Mysterious Woman!
Tags : YouTube YouTube couple 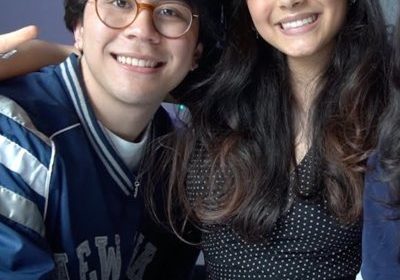