Madison Beer is an American singer, actress. Madison is also in the limelight for having an affair and good chemistry with the most eligible bachelors. 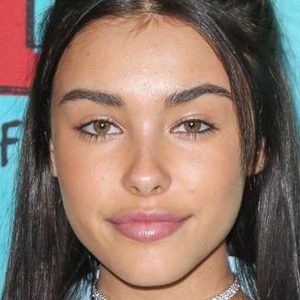 I truly believe that diversity is so important, and I hope that I can use my platform to encourage and inspire other aspiring female artists

Hunan Taste is definitely my favorite restaurant in Long Island

It feels like I've been singing since I was born, and I have so many great memories with my family and friends centred around music.

Madison Beer is having an affair with a TikTok star, Nick Austin since August 2020. The alleged couple has been spotted quite a few times in public places. And now in 2021, their affair is IG official and open about their relationship.

So, the couple might take their relationship to the next level and get married. They go out for lunch, double dating, birthday parties. However, the couple has not confirmed their affair yet.

Previously, she was also in a relationship with David Beckham’s son, Brooklyn Beckham in 2017.

She also had a short fling with Slovak YouTuber David Dobrik.

In 2015, Madison dated pop and Vine star, Jack Gilinsky. They have been photographed together on beaches and at restaurants enjoying a meal. The couple is mentioned and called by the term ‘Jadison’.

Who is Madison Beer?

Madison Beer is an American singer and actress. She used to post her singing videos on YouTube.

She gained popularity when one of her YouTube video links was tweeted by the phenomenal pop star, Justin Bieber.

Madison Beer was born on 5 March 1999, in Jericho, Town of Oyster Bay, New York, United States. Her nationality is American and her ethnicity is Ashkenazi Jewish.

She was born to Jewish parents. Her parents are quite well off hence she was born with a silver spoon.

Her father, Robert Beer is a luxury home builder, while her mother, Tracie Beer works as an interior designer. He has a younger brother named Ryder Beer.

Since early 2012, Madison Beer started uploading her singing videos on YouTube. She would use popular songs to display her singing talents.

One of her singing covers of Etta James’ ‘At Last’ caught the attention of the famous pop star Justin Bieber who tweeted the link to this video to his innumerable followers.

This provided wide media coverage of Madison Beer. Justin Beer also introduced her to his record label ‘Island’. He requested his own Manager to take care of Madison’s assignments. She partnered with Monster High. In 2013 released her debut music single. She also featured on DJs Mako’s single ‘I won’t let you walk away

She is getting more offers and her present net worth is around $16 million.

Madison owns a two-story house with a guesthouse and cabana at Encino, Los Angeles, California. It is worth $5.6 million as of 2021 according to the sources.

Madison Beer has been popular since 2012. Since then, she has remained focused on her career. She is dating pop star, Jack Gilinsky for the last 2 years. She was sighted and photographed with her boyfriend Jack on Miami Beach in the recent past.

Besides, she was embarrassed when some of the photos shot by the paparazzi showed bloodstain in her white bikini when she was picked up by Jack.

She has been subjected to a number of rumors related to her singing skills, her relation with Justin Bieber, her school days, and her being kicked out of school.

But there seems to be no truth in these talks. Rumors of her cheating on Jack are also doing their rounds often, but Madison Beer has defended herself and said that the world is imposing double standards and are been unjust since she is a woman.

Her breakup with Jack has also been rumored. Her getting noticed via YouTube has also been questioned. Further, her singing talent has also received its share of criticism.

She has dark brown hair and hazel eyes. Her dress size is 6(US) and her shoe size is unknown.

Further, she has over 2.32 million subscribers on the Youtube channel.

Also get to know more about Amanda Holden, Meghan Andrews, and Alexandra Lenas.

How old is Madison Beer?

She is romancing with Nick Austin.

What is Madison Beer's sexuality?

She also likes girls and is a bisexual.
Debby Ryan

Madison Beer: Popular with help of Justin Bieber!!! Did She and Her Boyfriend Jack Split?!Is She Dating Justin Now??!!!!