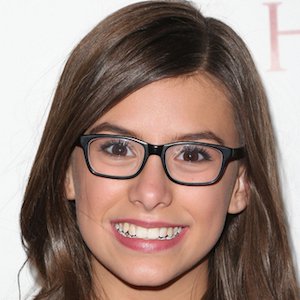 Madisyn Shipman’s relationship status is currently single. In the past, she was in a relationship with Logan Patrick.

Furthermore, there is no detail information about her relationship and love life.

Who is Madisyn Shipman?

Madisyn Shipman is an American actress, singer, and dancer. She is best known for playing the role of ‘Kenzie Bell’  in the Nickelodeon sitcom Game Shakers.

Madisyn also writes the song and plays guitar. Madisyn is known for her chumminess and chirpy personality.

She was born on November 20, 2002, at Kings Mountain, North Carolina, U.S. She has three younger brothers. There are no details about her father and mother. Her Acting skills were discovered at the age of 2 when she ‘entertained’ her family in her own ways.

Madisyn writes songs and plays guitar since she was 8. She can also play other musical instruments like keyboard, bass, and ukulele.

Besides her musical and acting journey, she loves kickboxing and cycling. She is also a model. While Madisyn was five, she started working with a talent agency due to which she got 3 different roles on ‘Saturday Night Live‘ and also on ‘Sesame Street’.

She is a Caucasian by her ethnicity.

Madisyn Shipman first worked with a talent agency when she was just 5, and this was the beginning of her career. Since 2012 she appeared in the TV shows like ‘Saturday Night Live’ and ‘Sesame Street‘.

She has been featured in commercials for Kodak, Blue Cross Blue Shield, Berkeley College, My Little Pony and much more. She also appeared on a play ‘Enron‘. In 2015, she was cast in the lead role of ‘Kenzie Bell’ in the television series ‘Game Shakers‘.  In the same year, she played the voice role of Violet in the movie ‘The Peanuts Movie‘.

Madisyn made her film debut with comedy-drama movie ‘Ordinary World‘ as Salome in 2016. In 2019, she was seen in a web series Red Ruby as Flora.

This actor and singer’s net worth is estimated at $500 thousand. Moreover, her salary as an actress is around $19k-$210k per year.

Similarly, a musician’s yearly average salary is around $42k.

Currently, there are no rumors about Madisyn. Also, she hasn’t been part of any controversy.

Madisyn Shipman has a height of 4 feet 10 inches. Her body weight is 43 kg. She has black hair and has dark brown eyes.