Best known as Alexandra Barone in the television series Everybody Loves Raymond.

Madylin Sweeten is currently possibly single and not dating anyone currently. Even if she is in a relationship, she hasn’t disclosed her relationship and affair. 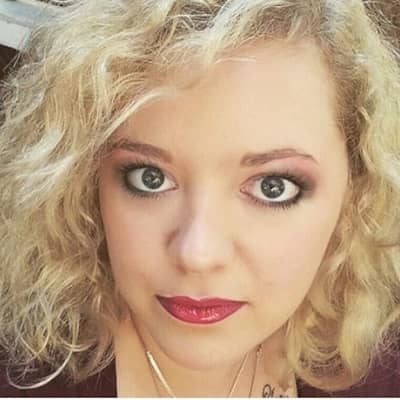 Madylin Sweeten is an American actress, writer, and executive producer. She is best known as Alexandra Barone in the television series Everybody Loves Raymond.

This actress was born on 27 June 1991, in Texas, the United States with the birth name Madylin Anne-Michele Sweeten. Her father‘s name is Timothy Linn, and her mother‘s name is Elizabeth Anne. She has a sister Maysa, and twin brothers Sawyer and Sullivan.

Her parents got divorced and her mother was married to Jerry Gini. She has four half-siblings from her mother’s side including Emma, Elliette, Jaymeson, and Guiliana.

Earlier, Madylin Sweeten made her professional debut as Young Debra in the television movie A Promise to Carolyn at the age of five. Between 1996-2005, she played Ally Barone in the CBS famous television sitcom Everybody Loves Raymond from which she gained huge popularity.

She made her appearance in The Christmas Path in 1988. The next year, Sweeten made her film debut as Young Aloise in A Dog of Flanders. The same year, she worked as a voice artist in the 1999 film Toy Story 2.

Afterward, she played in various series and films including American Splendor, Eagle Eye, The Next Steps, Ask Me No Questions, and more.

Between 2013-2015, this actress starred as a sketch actor in 32 episodes of TMI Hollywood. In 2014, she starred in Wedding Frisk, Human Centipede 3 Parody, Our Friends Are F*king, and The 5 Minute Sketch Show. Sweeten also worked as a co-writer and executive producer for Wedding Frisk.

The next year, she worked as an executive producer in Mommy. Her other works on acting include Bree Does Comedy, Mildred and Maggie, Games Gone Wrong, Sam and Me, Grey’s Anatomy, and Choice.

Later, in 2019, Madylin also made her appearance in one episode of the television series Lucifer.

Madylin Sweeten: Salary and Net Worth

She received an impressive salary of $160 K per episode of Everybody Loves Raymond. Meanwhile, according to some sources, this actress has an estimated net worth of $5 million.

There is no rumor and scandal about her. Meanwhile, Madylin has managed to keep herself out of any rumor and controversy. She is doing great in her career.

This actress is 5 feet 1 inch tall and weighs 64 kg. Moreover, she is blonde and has a pair of hazel blue eyes. Her body measurement is 40-30-39 inches.