Maeve Dermody is currently single. She might be looking for a perfect match for her and she is currently busy in her career. 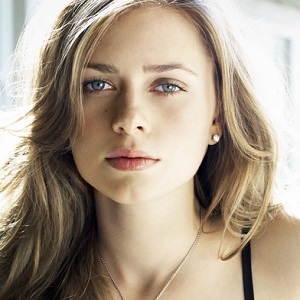 Who is Maeve Dermody?

Maeve Dermody is a UK-based Australian actress who is famous for her roles in ‘Griff the Invisible’.

She was born on November 2, 1985, in Sydney, New South Wales, Australia. She is currently 33 years old. Her mother’s name is Susan Murphy Dermody, who is a film theorist, historian, and director. Her father’s name is not revealed yet but he is a psychologist. Her family was very supportive and encouraged her in the field of literature and arts. Her mother gave her the opportunity to play in the film ‘Breathing Under Water’ which was directed by her mother.

Maeve holds American citizenship and her ethnicity is Irish.

She joined Mosman High School in Sydney and achieved a near-perfect UAI(99.97). She was very much active in drama classes during high school and she was also actively involved in the Australian Theatre for Young People. She continued her acting education with several courses at the National Institute of Dramatic Art in Sydney.

She started playing in Australian television series during high school. She appeared in the series ‘Saints’ in 1988.

She debuted her major role from the independent thriller ‘Black Water’ in 2007. The film was about a trio of people trapped by a menacing Saltwater Crocodile in the mangroves of the North Territory. She got a positive response from the viewers and won multiple nominations for Best Supporting Actress.

She played in the movie ‘Beautiful Kate’ in 2009 which became another successful movie on her list. She portrayed the leading role in the film ‘Griff the Invisible’ in 2010 and in the miniseries ‘Bikie Wars: Brothers in Arms’ in 2012.

She made her appearance as Claire Simpson in the 10-part TV series drama ‘Serangoon Roads’ in 2013.

She is also actively involved in the Australian Theatre and has made her appearance in diverse productions like ‘Killer Joe’, ‘MOur town’, Measure for Measure’, etc.

She portrayed the role of Vera Claythorne in BBC One’s version of Agatha Christie’s thriller ‘And Then There Were None’ at Christmas 2015.

There was a rumor that she was in an affair with Sam Worthington.