MAFS stars Martha Khalifatidis and Michael Brunelli: have they really split or are faking it? 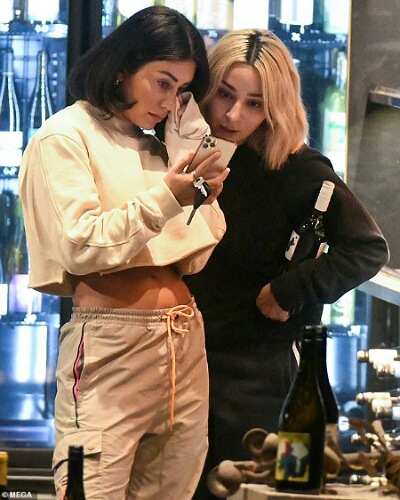 Recently, Married At First Sight actress Martha Khalifatidis was crying in public after her alleged breakup with Michael Brunelli. Is the split true or are they faking it?

The reality TV stars, Martha Khalifatidis recently had a breakup with her boyfriend Michael Brunelli. But fans did not believe it to be true. They speculate that it all is a publicity stunt and that the entertainers are just faking it.

But Martha, 31 had a teary breakdown in front of the paparazzi recently. She was in a wine shop in Sydney’s Bondi Beach with her sister, Sophie.

She was picking up a bottle of red wine and was seen wiping tears from her eyes. This happened as she was reading some text messages on her mobile phone. This was immediately after both Michael and Martha and Michael had posted a number of text messages on their respective Instagram signifying their split.

How true is the split of the couple?

Despite the couple posting online on their social media about their growing differences and an alleged split, fans of the show are not convinced that it is true. They strongly believe that the stars are faking it up as part of a sponsored content deal which they have with an Internet service provider.

Will her public crying change the minds of the fans and viewers? During the shopping, Martha was wearing a a beige crop top which showed off her abs. And this she matched with high-waisted cargo pants. She had kept her face free of makeup and put her brunette hair in loose tousled curls.  While sister Sophie was wearing a black tracksuit. She was leaning over Martha’s shoulder with some surprise look as she was scrolling down through her phone.

The couple had uploaded a number of text messages on their social media earlier in the day which hinted that they have split. They had met in late 2018 on the show MAFS in its sixth season. During the coronavirus pandemic, they are both self-isolating in their Bondi apartment. Why they fought is a mystery but both uploaded screenshots of their heated online arguments on their social media.

Martha posted a video online of her sleeping alone in a room. And she also said that she deserved someone better than Michael. She wrote:.

“I have the whole bed to myself which I am really excited about.

‘Since we have been spending so much time at home, and we can’t leave, so much s**t has come my attention. Things I just didn’t know were happening and I am so frustrated. I am so over it.

‘You think you sign up for one thing and you get another. I am so done. I am too old for this. And I know there is better out there and I know I deserve better.’

More about the online fight of Martha Khalifatidis and Michael

Michael, 28, was asking her whether she was ‘joking’ when she said she was fed up. He accused her of being too dramatic. But Martha replied:

‘You know I don’t play Michael, I don’t have time for this. I’m so busy, I have work to do. I need better support, I want a better connection! I just need more everything.’

On being queried about the change, Martha said:

‘We have had hassles every single day and it’s just an unnecessary burden on me.’

Michael uploaded the screenshot and wrote:

‘I’m not about to go into a back and forth, but honestly this is so dramatic…’

And Martha put up hers and captioned it: