MAFS’s Cameron Merchant proposes to Jules Robinson during their legally-nonbinding wedding on the show! 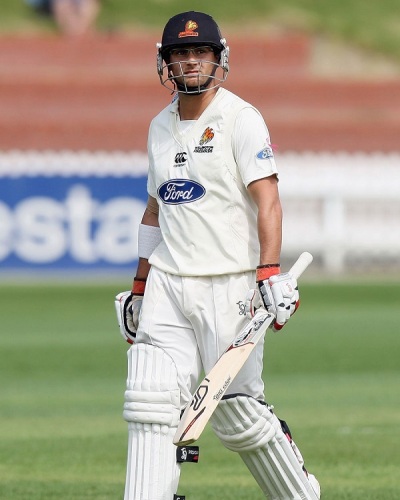 Retired Cricketer and now a reality TV star on MAFS, Cameron Merchant proposed to his lady love Jules Robinson on this Sunday night during their final vows.

Cameron Merchant and his marriage proposal

Cameron Merchant and Jules Robinson are in the show Married at First Sight. They were having a wedding on the show but this marriage is not legally binding on both. And during the final stages of the wedding, Cameron, 34 proposed to Jules, 36.

He asked her whether she would marry him. Jules replied:

“Yes, of course I will. I’ll stay married to you forever. Oh my god, I’m speechless. You’re the one that I want to spend forever with.”

Jules Robinson and her emotions during the wedding

Even before Cameron went down on one knee and proposed to Jules, she was already in tears as she read out the wedding vows. She explained:

“I did my best to not have too high of an expectation of you. “

“But despite this, you have smashed every expectation I could have made. Something magical did happen on that day we got married. Your vows mirrored mine and it did feel like it was meant to be.”

“You’re all I could have ever had asked for. You’ve become my best friend, you are my best friend and I want to spend my life with you. I want you to be the father of my children. You were made for me. You are the one and I am so in love with you.”

Cameron Merchant and his marriage vows

“You’ve changed me into a man that I’m prouder to be, a person that I feel confident to give solely to you and you only.

“You’re nothing short of perfect. Fate brought us together and for this I am forever grateful. Jules, I’m happy that I took this chance with you and I honestly can’t imagine a day without you.
“So today, this isn’t about committing to you as we are, it’s about giving you and us the moment that we missed coming into this experiment.”

As he completed this statement, he brought out a ring from his pocket, dropped to one knee and popped the question. He said:

“So this might be a little bit backwards, but you make me so happy. Jules, will you marry me?”

Also, read Married at First Sight’s Jamie Otis and Doug Hehner are Pregnant!! Recently revealed the Gender of the Baby-It&#8217;s A Girl!!

The couple later said together to the show producers:

But, Cameron went ahead to add:

“Don’t be surprised if pitter-patters come before an actual wedding.”

The couple is in serious love and we believe them considering the chemistry which exists between them!

Jules owns a business of her own. She is working in the beauty world of UK and Australia. She had a former partner who did not want to have children. Hence, she left him.

Cameron is from Sydney Australia and after playing in his own country moved to New Zealand to be in first-class cricket. Additionally, he was also a professional at the Toronto Cricket Club.

Bristol Palin is unhappy with her portrayal and reveals her non-return to the show Teen Mom 2!
Tags : reality TV star retired cricketer