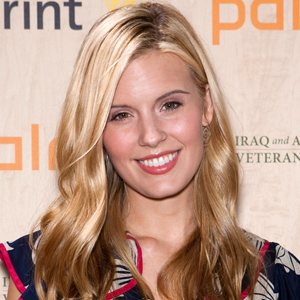 I trip over my legs all the time. I'll wave to somebody, look up, and end up eating pavement

I believe love at first sight is possible. Centuries of literature and art and beauty has been dedicated to that idea, so who am I to argue, even if I've never experienced it?

Note to self: Never ride a motorcycle in stilettos and a miniskirt.

Maggie Grace has been in a number of relationships in her life. She was in a relationship with her former co-star Ian Somerhalder from 2006 to 2007. After that, she began dating Blake Mycoskie, an entrepreneur in 2007. The couple separated in 2009.

In February 2015, Grace announced her engagement to Matthew Cooke via Instagram. The couple split the following year. She married Brent Bushnell on 29 May 2017.

Who is Maggie Grace?

Maggie Grace is an American actress. She is best known for her lead roles as Shannon Rutherford on the ABC television series Lost (2004-2010). She is also famous for her role as Kim Mills in the Taken film trilogy.

Maggie Grace was born on 21 September 1983, in Columbus, Ohio, USA. Her birth name is Margaret Grace Denig. Her parents are Valinn Everett and Rick Denig. Grace’s parents divorced when she was 16 years old. Her family owns a family jewelry business.

She has two younger siblings Ian Denig and Marissa Palatas. Her nationality is American and she is of English, German, and Scots-Irish ethnicity.

She attended Worthington Christian Schools from kindergarten through ninth grade. After that, she briefly attended Thomas Worthington High School where she began acting in school plays and community theater shows. Grace dropped out of high school to move to Los Angeles, California with her mother.

In Los Angeles, she and her mother moved around often as they struggled financially. She acquired an agent within a week of relocating to Los Angeles and enrolled in acting classes.

Maggie landed her first role in Rachel’s Room, a 2001 web-based video series. Her next role was on the 2002 television series Septuplets, which was canceled before the first episode had aired. Her breakout role was as Martha Moxley on 2002’s television movie Murder in Greenwich.