Maggie Q is an American actress, model, and animal rights, activist. She dated her boyfriend American actor Dylan McDermott with Maggie and Dylan got engaged in 2015. But in 2019, their split was announced.At present, Maggie is possibly single 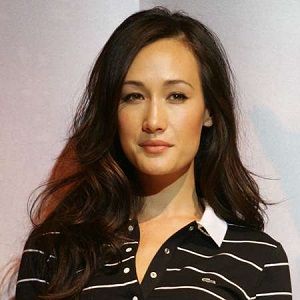 I'm just totally into being strong. There's something about wanting to get a jar or whatever out of a high cupboard, or moving a sofa over because my dog's bone rolled under it, and not having to call anyone for help. There's comfort in that

Audiences are so much more sophisticated than they've ever been. They expect a lot more. I don't think because it's an hour of your Thursday night rather than an hour and a half of your weekend that you should be gypped at all in quality

I enjoy privacy. I think it's nice to have a little mystery. I think because of technology a lot of the mystery is gone in life, and I'd like to preserve some of that.

Talking about Maggie Q’s relationship, she dated Daniel Henney in 2005. They dated for 2 years after having a breakup.

Later in 2007, she began a love affair with Justin Long. Then in 2008, she began dating Brett Ratner.

They dated for 2 years and then parted ways. She dated her boyfriend American actor Dylan McDermott for quite a long. Maggie and Dylan got engaged in 2015. But in 2019, their split was announced.

At present, Maggie is possibly single.

Who is Maggie Q?

Maggie Q is an American actress, model, and animal rights, activist. She is well known for starring in the action films Mission: Impossible III and Live Free or Die Hard and played as the title role of The CW’s action-thriller series Nikita, airing from 2010 to 2013.

Likewise, she is also a professional model and has worked for several reputed modeling agencies and magazines.

Maggie was born in Honolulu, Hawaii, the United States on May 22, 1979, there is no information regarding her parents. She has three siblings namely, Andrea Quigley, Maria Quigley, and Nicole Quigley.

She belongs to American nationality and mixed (Irish- Polish-French- Vietnamese) ethnicity. Her birth sign is Gemini.

On talking about her profession, it was at the advice of a friend that Margaret Quigley moved to Tokyo, Japan to start off her modeling career when she was 17 years old. Between 2003 and 2005, she also appeared in a series of Chinese films, play0ing both lead and supporting roles. Besides that in the German-Singaporean telemovie ‘House of Harmony’ (2005), she worked with Fann Wong and Philippe Brenninkmeyer.

During  2006, she starred in her breakthrough role as Zhen in Tom Cruise’s ‘Mission: Impossible III’. In fact, she also played the secondary antagonist in the fourth installment of the Die Hard film series ‘Live Free or Die Hard’.

Moreover, she also appeared as Maggie Wong in the sports comedy ‘Balls of Fury’ (2007), portrayed the fictional granddaughter of Chinese warlord Cao Cao in her first Asian costume epic ‘ Whereas, her character on ABC’s ‘Designated Survivor’, Hannah Wells, is a smart and intuitive agent with the FBI.

On talking about her lifetime achievements and awards, she won the Asian Excellence Awards.

Maggie Q: Salary and Net Worth

There is no information about her salary. Her net worth is estimated at around $9 million.

There was a rumor that Maggie dated Nikita Star. Currently, there are no such rumors and controversies regarding her personal and professional life.

On talking about her body measurements, Maggie Q has a height of 5 feet 7 inches. Additionally, she weighs is 52Kg. In addition, she has a measurement of 32-24-33 inches respectively.

Maggie’s hair color is light brown and her eye color is hazel.