Maggie Smith is an English actress. She is best recognized with the popular movie Harry Potter. She was married to Robert Stephens and has two children.

Maggie Smith was married to actor Robert Stephens from 1967 to 1975. They had two sons named Chris Larkin and Toby Stephens.

She was married to Beverley Cross from 1975 until his death in 1998. At present, she is possibly single. 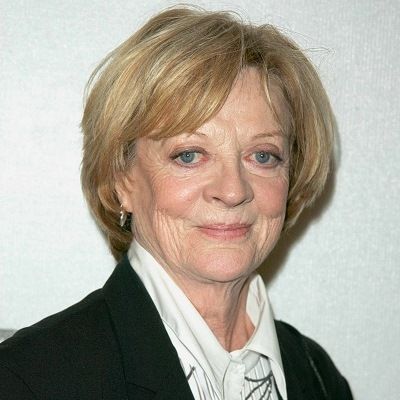 One went to school, one wanted to act, one started to act, and one's still acting

I like the ephemeral thing about theatre, every performance is like a ghost - it's there and then it's gone.

Who is Maggie Smith?

Maggie Smith is a British stage, TV, and film actress most famous for her roles in the films ‘The Prime of Miss Jean Brodie’ and ‘California Suite’.

Likely, she is also much popular for her role as Professor Minerva McGonagall in the popular Harry Potter film series. Smith has made appearances in more than fifty films in her extensive career spanning over six decades.

Maggie Smith was born in Ilford, Essex, England on December 28, 1934. Her birth name is  Margaret Natalie Smith. Her father’s name was Nathaniel Smith who was a public health pathologist and her mother’s name was Margaret Hutton.

She had been diagnosed with breast cancer in 2007. After successfully undergoing treatment, she managed to make a full recovery.

Talking about her profession, Maggie Smith’s first important role on the big screen was in the British crime film ‘Nowhere to Go’ in 1958. The film was about a criminal who is looking for his stashed loot after escaping from prison while being hunted by the police and shunned by the accomplishes.

She has an estimated net worth of around $20 million (as per 2022 data) and she has earned that sum of money from her professional career.

Maggie Smith has a height of 5 feet 5 inches and she weighs 55Kg. Her hair color is light brown and her eyes color is blue.

Also get to know more about Kate Phillips, Lisa Vanderpump, and Matthew Lewis.