Mahershala is an American actor and rapper. He is married and a father of one. 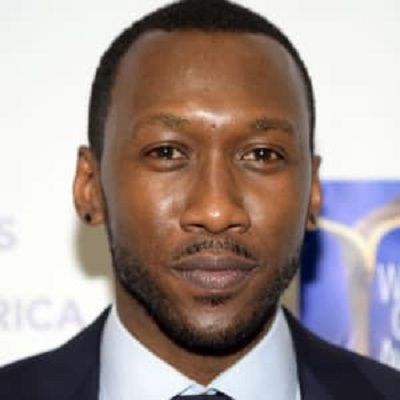 My mother is an ordained minister, I’m a Muslim. She didn’t do backflips when I called her to tell her I converted 17 years ago. But I tell you now, you put things to the side. And I’m able to see her, and she’s able to see me. We love each other and the love has grown. And that stuff is minutia. It’s not that important.

What is the relationship of Mahershala Ali?

Mahershala Ali started going out with music producer Amatus-Sami Karim in 2000. They had met while he was studying for his master’s degree at New York University. And, had started dating soon after.

They got married on 27 June 2013 in a romantic and intimate wedding ceremony. In February 2017, Amatus-Sami gave birth to a daughter, Bari Najma Ali.

Who is Mahershala Ali?

Mahershala is an American actor and rapper who is a recipient of several awards, including two Academy Awards and a Golden Globe Award.

He set the record in Hollywood as the first Muslim actor to earn an Oscar following his role in Moonlight.

His star status has experienced a meteoric rise over the years with roles in House of Cards, The Hunger Games, Luke Cage, and Hidden Figures.

His nationality is American and his ethnicity is African-American.

Mahershala Ali went to the St. Mary’s College of California (SMC) in Moraga. He was given admission in the college on a basketball scholarship but he eventually got discouraged about pursuing a career in sports. Ali graduated from SMC with a degree in mass communication in 1996.

He later got enrolled in an acting program at New York University’s Tisch School of the Arts. He graduated in 2000 with an MFA degree.

His portrayal of Remy Danton on the Netflix series House of Cards is also a role which he has been critically acclaimed for. Ali’s minor roles have been shown on films like Making Revolution, Umi’s Heart. Moreover, The Curious Case of Benjamin Button, Predators, Crossing Over, Go for Sisters, The Place Beyond the Pines, Kicks, the Free State of Jones, etc are the movies he worked out.

His television credits include acting in Crossing Jordan on the between 2001 and 2002, on Haunted, NYPD Blue on 2002 and on CSI: Crime Scene Investigation on 2003. He has also appeared in The Handler, Threat Matrix, The 4400, Lie to Me, Law and Order: Special Victims Unit, Lights Out, Alphas, House of Cards, Alcatraz, etc.

He has twice won the Academy Award for Best Supporting Actor, for Moonlight (2016) and Green Book (2018). Furthermore, he has won other various of the awards.

Mahershala Ali has an estimated net worth of $12 million as of  2022, as per celebrity net worth. The actor has forged a prolific acting career with a number of breakout roles in many successful projects.

He has maintained a good relationship with all other people on his personal and professional life. And so he hasn’t been in any rumors and controversies.

Mahershala Ali is active on different social media platforms and has a huge fan following. He is active on Instagram and has more than 668K followers. Likely, he also uses Twitter.