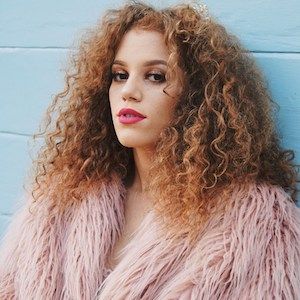 Mahogany Lox is in a relationship with actor Carlos Esparza.

She regularly uploads photos of him on her Instagram account expressing the love for him. Moreover, the couple has been loved and admired by her fans as well.

At the moment their relationship is going very strong without any complications and problems. The couple relationship seems to be unbreakable.

Who is Mahogany Lox?

Mahogany Lox is an American DJ, Singer, YouTube Star, and Actor. She is famous for her Vine.  Mahogany has over 1.1 million followers on Vine. She is also been part of the Magcon tour in 2014.

Famous DJ Mahogany Lox was born on October 5, 1994, in the Michigan United States. She belongs to American nationality and belongs to Multiracial (African-American) ethnicity. As per her family, her father’s name is Berry Gordy IV  and her mother’s name is Valerie Robeson.

Her brother’s name Skyler Austen Gordy. She spent her childhood in Michigan. There is no information about her educational background.

Mahogany Lox gave a start to her career as a Youtuber. She opened her Youtube channel in 2012 June 15th. She has uploaded more than 165 videos and has over 35,114,818 views overall.

In 2013, she joined the Magcon family which is a major social media Meet and Greet convention tour.  Its first official event was in Dallas. In 2015 she was correspondent for American Music Awards and also for America’s Best Dance Crew. In the same year 2015, she hosted the Live Nation’s Show of the Summer. She also performed as the DJ on the Fifth Harmony Reflection Tour which covered 22 US cities.

She has played Bruno Mars’ song “Uptown Funk” with Fifth Harmony, Jasmine V, and Jacob Whitesides, which led them to IHeart Radio award with more than 17 million views on Youtube.

In 2018 December 19th she launched her third single called No Deal which was written by Mahogany and produced by Big Bad Productions.

Mahogany has more than 551,617 subscribers in her Youtube channel “Mahogany LOX”.

Mahogany Lox is very secretive in nature and does not want to open herself in front of the media. She has not been engaged in rumors and controversies as well.

As per her body measurements, she is  5 feet 6 inch (170 cm) tall. She has brown hair color and her eye color is dark brown. There is no information about her shoe size, dress size, and body weight.