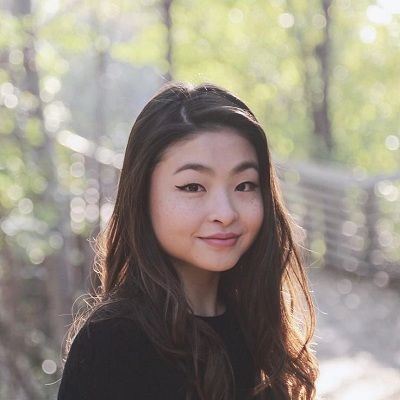 Maia Shibutani is single. She is not dating anyone currently. Moreover, she has not revealed anything about her love interest. Being a private person, details on her affair is unknown.

Who is Maia Shibutani?

Maia Harumi Shibutani is an American ice dancer. Her partner is her brother, Alex Shibutani. Moreover, she was a bronze medal holder of Olympics 2018. She, along with her brother has won six Grand Prix titles.

Maia Shibutani is 25 years old. She was born on July 20, 1994, in New York City. Her father’s name is Chris Shibutani and her mother’s name is Naomi Shibutani. She has an elder brother named Alex Shibutani who is also an ice dancer. Maia belongs to American nationality and Japanese-American ethnicity.

From 2005, she lived in Colorado Springs. In 2007, she moved to Ann Arbor, Michigan. Maia graduated from Huron High School in Ann Arbor in 2012. In the fall of 2012, she entered the University of Michigan.

At the age of four, Maia began skating. She was taught by Slavka Kohout Button, a coach best known for guiding US ladies’ champion Janet Lynn and originally trained as a single skater.

Maia and Alex Shibutani combine up to compete in ice dancing in the spring of 2004. Their first season of competition which they competed on the juvenile level, during the 2004–2005 season.

At the 2006 U.S. Championships, they worked as guest bloggers and abettor for the media staff for U.S. Figure Skating. The Shibutanis changed coaches to Igor Shpilband and Marina Zueva in Canton, Michigan following the 2007 U.S. Championships.

Maia moved up to the junior level nationally in the 2008 season. In Addition, Shibutanis went on to the 2009 U.S. Championships, where they competed at the junior level for the second consecutive year.

At 2010 Junior Worlds, they finished off the podium in fourth place which was their final junior event. They started their season with a silver medal at the 2011 Finlandia Trophy.

The Shibutanis finished 8th at the 2012 World Championships and 4th at the 2012 Four Continents. They began their season by winning bronze medals at 2013 Skate America and 2013 NHK Trophy.

Then, they went on to win the bronze medal at the 2014 U.S. Championships and were named in the U.S. team to the 2014 Winter Olympics in Sochi, Russia.

Furthermore, In 2015, They went on to compete Four Continents Championships and the 2015 World Championships where they placed 3rd and 5th, respectively.

Moreover, they next competed at the 2016 Four Continents Championships and set personal bests and finished first in both segments of the competition for their first ISU Championship title. World Championships in Helsinki (Finland) in 2017, they ranked fifth in the short dance.

The Shibutanis placed first in the short dance and third in the free dance, placing them second overall behind Madison Hubbell and Zachary Donohue at the 2018 U.S. Figure Skating Championships. They will not compete in the 2018-2019 season.

Maia and Alex have won six titles on the Grand Prix series and stood on the podium at 14 consecutive U.S. Championships, at five levels including eight as seniors.

At the 2014 and 2018 Winter Olympics, they are two-time members of the US Olympic team, competing. Moreover, In 2018, they became the first ice dancers who are both of Asian descent to medal at the Olympics (winning bronze in both team figure skating and the individual ice dancing event.

In Addition, they are two-time winners of the Edi Award from the Professional Skaters Association for an outstanding ice dance performance at US Nationals.

Though Maia Shibutani is a well-known Ice dancer, there is no information regarding her net worth, monthly income, and salary.

Maia is 5 feet 3 inches tall and weighs 51 kg. She has a slim and fit body as an athlete should have. She has black hair and dark brown eyes. There is no further information about his body measurements.