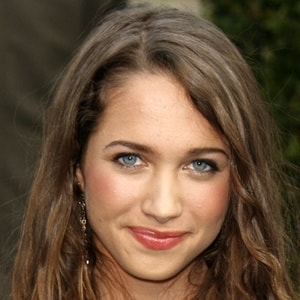 “With any kind of mean girl, or anyone who bullies anyone, there's always a reason for it. There is that sadness in them or insecurity that makes them feel like they need to act out or hurt other people.”

Maiara Walsh currently single. Previously, she had a relationship with actor and musician Jason Dolley in 2004 but separated later. The, she began dating actor and rapper Kyle Massey in 2007 but their relationship lasted until 2010.

After that, she was romantically involved with actor and voice actor Sean Marquette. They were in a relationship from 2007 to 2010. In the year 2009, she was also in an affair with Cole Sprouse. Also, she fell in love with famous actor and model Corbin Bleu from 2009 to 2010. Currently, she is busy in her career and spending her single life.

Who is Maiara Walsh?

Maiara Walsh is a popular American-Brazilian actress and director who is well known for her role as Anan Solis on the sixth season of the ABC show ‘Desperate Housewives. She is also well recognized as Meena Paroom on the Disney Channel sitcom ‘Cory in the House’.

Maiara was born on February 18, 1988, in Seattle, Washington, USA. Her birth name was Maiara Kylior Walsh and she is currently 33 years old. Her mother’s name is Magda Walsh but her father’s name is not available.

But according to some online sources, it is found that her father is American and of German, Irish, English, and French-Canadian descent whereas her mother is Brazilian. She has got a sister named Lydia Walsh.

Her family shifted to Sao Paulo when she was two years old. Later, at the age of 11, she moved to Simi Valley, California in order to pursue her acting career.

Maiara holds American citizenship and her ethnicity is a mix of German, Irish, English, French-Canadian, Brazilian.

She studied under booking coach Amy Lyndon. Apart from that, she has not disclosed any information regarding her education.

The beautiful actress has not been so successful in collecting awards and nominations in her career to date.

She has an estimated net worth of around $850,000 and she has accumulated that sum of money from her professional career.

There was a rumor of her death but the report has now confirmed that it was a complete hoax.