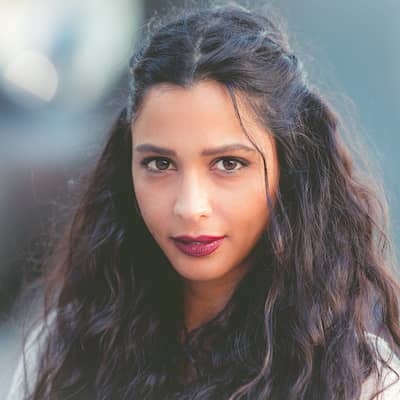 Maisa Abd Elhadi’s relationship status is possibly single. She has not revealed the information about her affair or boyfriend.

Who is Maisa Abd Elhadi?

Maisa Abd Elhadi is a Palestinian actress. The public noticed her for appearing in The Angel (2018), Baghdad Central (2020), and more.

She was the winner of the best actress award at the Dubai Film Festival in 2011. Also, she was nominated for Muhr Feature Award under the Best Actress category.

She was born on 15 Nov 1985 in Nazareth, Israel. The name of her mother and her father is not disclosed.

Maisa’s ancestry is Arabic and has a brother named Foad Abd Elhadi.

As per her academics, the details are behind the curtain.

Maisa Abd Elhadi started her career in 2009 via a brief role of a woman in The Time That Remains. She then appeared in Man Without a Cell Phone, Habibi Rasak Kharban, Sharqiya, and more.

But her popularity increases when she was seen in several TV series. She played roles in Sirens as Rania, Lechudim Betoch HaReshet as Suha, and Temporarily Dead as Asma Al-Halil. She was also praised for portraying Zahra in a crime thriller TV show, Baghdad Central.

Besides this, Maisa also did several movies which boosted her career. Her character of Houda in Eyes of a Thief, Bisan in The Reports on Sarah and Saleem, and Mona Marwan in The Angel are loved by the audience.

At present, her estimated net worth is $500 thousand US. However, her salary and other earnings are unknown.

This actress in mid-May 2021, was shot by a police officer in the leg. She was in the city of Haifa to protest against an upcoming Israeli court ruling.

She was there to show support not to get that ruling passed. If it got passed then several Palestinian families will be forced to settle themselves in the East Jerusalem area.

Regarding Maisa Abd Elhadi’s body features, her height and her body weight are average.

Moreover, her eyes are brown and her hair color is black. She has a fair skin complexion.

Maisa is available on social sites. Her Facebook and Twitter accounts have more than 6.9k and 401 followers respectively.