Maitland Ward is an American model and actress who appeared in The Bold and the Beautiful, White Chicks and many more. Maitland is married since 2006.

Maitland Ward is a married woman. She has been married to Terry Baxter since October 21, 2006. Her husband is a real estate agent.

The couple has not welcomed any children to date. They are sharing quality time with each other and also, and there is no sign of divorce between the couple. 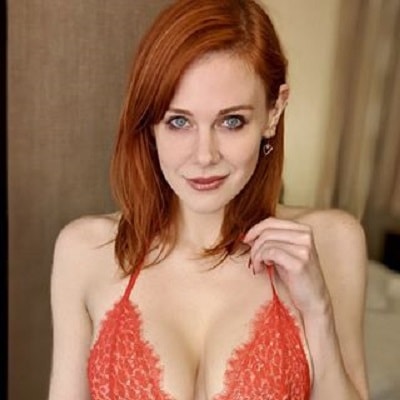 Who is Maitland Ward?

Maitland Ward is an American model, and adult actress. She was a former television actress, and cosplay star who is best known for her role as Rachel McGuire on the sitcom ‘Boy Meets World’.

Also, she is famous for her role as Jessica Forrester on the soap opera ‘The Bold and the Beautiful.

She was born on February 3, 1977, in Long Beach, California, USA. His birth name is Ashley Maitland Welkos.

She has not disclosed any information about her family and childhood.

She does not have any siblings as well.

Maitland holds American citizenship and her ethnicity is a mix of German and English.

She made her appearance as Jessica Forrester on ‘The Bold and the Beautiful’ from 1994 to 1996.

She had made her guest-starring roles on ‘USA High’ and in the seventh season of ABC’s ‘Home Improvement’.

In 1998, she appeared as Rachael McGuire in ‘Boy Meets World’ as the main cast member until 2000.

After retiring from acting, she started engaging in cosplay and made appearances at various comics conventions.

She appeared in her first cosplay in slave Princess Leia and then appeared as Jessica 6 from ‘Logan’s Run’ and as Red Sonja.

She posted her first nude pictures in April 2016 which was for Luciano Paesani for a Los Angeles exhibition called ‘Living Art’.

Recently, she signed with the adult boutique talent society 15 in May 2019.

In addition, she won the  Best Performance by a Youth Actress in a Daytime Series “The Bold and the Beautiful” in the year 1995.

Maitland has been successful in keeping herself far from rumors and controversies in her personal and professional life to date.

To know more about Lashana Lynch, Hemky Madera, and Amy Shiels, please click on the link.

What is the age of Maitland Ward?

To whom Maitland Ward is married?

She is living with her husband named Baxter.
Joy Behar