Who is ex-husband of Malaak Compton Rock?

Malaak Compton Rock is possibly single and is not dating anyone. There is no info regarding her present relationship.

Previously, she was married to Chris Rock, one of the known personalities. The former couple officially got married on November 23, 1996. Together, they are parents to two children.

Daughter, Lola Simone is their first child who was born on June 28, 2002, and their second child daughter, Zahra Savannah was born on May 22, 2004. 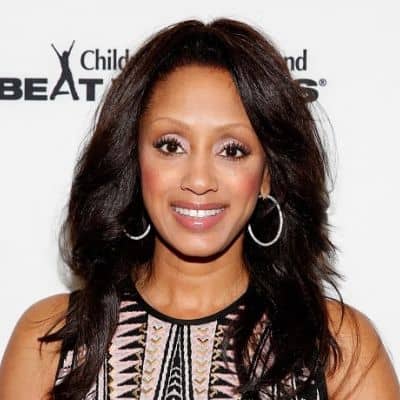 Who is Malaak Compton Rock?

Malaak Compton Rock is an American entrepreneur and ex-celebrity partner. She is well known to be the ex-wife of famous American comedian, Chris Rock.

She has made appearances in ‘The Big Give’ in 2007, Entertainment Tonight in 1981, and The Oprah Winfrey Show in 1986. She is the owner of ‘The Angel Rock Project’ along with her former husband.

Malaak Compton Rock was born to her parents in Oakland, Californian, USA on June 13, 1969. Compton Rock is 53 years old as of 2022 and holds an American nationality. Her ethnicity is African-American and Gemini is her birth zodiac sign as per the astrological chart.

She appears to be the single child of her parents. She attended one of the high schools in her residential areas and later earned B.F.A. in Arts/Production Management from Howard University based in Washington, D.C.

Compton Rock has not disclosed her parents and siblings.

Malaak Compton Rock is an entrepreneur who has started her own business. Along with her ex-husband, Chris Rock she co-founded ‘The Angelrock Project South Africa which aims to support vulnerable and orphan children, granny-led homes, HIV/AIDS transmitted peoples, and so on.

Besides that, her ex-husband Chris Rock also has had a successful career and has gained worldwide recognition and fame.

Chris Rock is a well-known American stand-up comedian, producer, writer, actor, and film director. In 1984, he performed as a stand-up comedian in New York’s ‘Catch a Rising Star.’ In 1985, he debuted his acting career with a minor role in a movie.

Then, he performed as a stand-up comedian in the TV show, ‘Uptown Comedy Express’ and in the following year, he appeared in a movie, ‘Beverly Hills Cop II.’

Between 1990 to 1993, he was featured on ‘Saturday Night Live.’ He went to work on several films and TV Shows. ‘Grown Ups’, ‘Beverly Hills Ninja’, ‘I Think I Love My Wife’ and ‘Madagascar’ are some of the films where he has appeared.

Moreover, he has also appeared in tv shows including, ‘In Living Color’ and ‘Everybody Hates Chris’ and so on. He hosted, ‘The academy Awards’, ‘MTV Music Awards, and ‘Bet Awards.’

The net worth of Malaak Compton Rock is estimated to be about 20 Million USD. Though, there is no info regarding his salary and income.

The divorce news of Malaak Compton Rock with her husband, Chris Rock went controversial. Compton Rock alleged Chris of cheating on her with actress, Kerry Washington.

Malaak Compton Rock is 5 feet 7 inches tall and weighs around 66 Kg. Body measurements including her bust, waist, and hips size are unknown.

Moreover, she with a dark complexion, she has a couple of black eyes and brown colored hair.

Compton Rock does not appear to be active on Facebook.