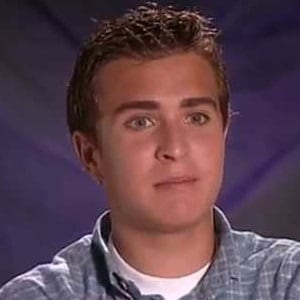 Malachi Pearson has kept his personal life away from the media spotlight. There are no records available about his past relationships. At present, he is believed to be single.

Who is Malachi Pearson?

Malachi Pearson is an American actor. People mostly know him for having performed the voice of Casper the Friendly Ghost in the film, ‘Casper. Additionally, he has also appeared in several other movies and television series including ‘Malcolm in the Middle’, ‘Donato and Daughter’, and ‘Suburban Commando’ among others.

Pearson was born as Malachi Kenneth Pearson in San Luis Obispo County, California on June 12, 1981. There are no details available about his early life and childhood at present. Pearson is of American nationality. Furthermore, there is no information about his ethnic background at present.

Talking about his education, there are no details available regarding Pearson’s educational background.

Pearson initially started off doing commercials and telefilms. Additionally, in 1982, he appeared as Scotty Harper in the TV series ‘Capitol.’ In 1988, he played the role of Eugene in ‘Family Ties.’ In addition, the next year, he appeared in the TV series ‘Hard Time on Planet Earth.’ Since then, he has appeared in several other movies and television series. All in all, he has over 25 credits as an actor.

Some other movies and television series that Pearson has provided voices in include ‘Stories from My Childhood’, ‘Recess’, ‘Gargoyles: The Goliath Chronicles’, ‘Casper’, ‘In Search of Dr. Seuss’, and ‘The Little Mermaid.’ In addition, he has also appeared in ‘The New Leave It to Beaver’, ‘Highway to Heaven’, ‘Full House’, ‘Family Matters’, ‘Valerie’, and ‘Lola’ among others.

Pearson won the Young Artist Award in 1996 in the category of Best Performance by a Young Actor – Voiceover Role. Furthermore, he has not been linked with any other award nominations.

Pearson has not revealed his current salary. However, he has an estimated net worth of around $ 100 thousand at present.

Pearson has not been involved in any notable controversies in his career. Furthermore, at present, there are no rumors concerning his life and career.

Talking about his body measurement, there are no details available about Pearson’s height and weight. Additionally, his hair color is dark brown and his eye color is brown.