Malaysia Pargo is currently in a relationship with O.T. Genasis, rapper.

Before she was married to Jannero Pargo in 2006. He is a professional basketball player. Malaysia first met Jannero at a party in Los Angeles when she was 22 years old. Then they started dating each other. They were in a relationship for eight years and then they divorced in 2014.

However, they had three children together. Their first child was born in 2007 and after four years Malaysia delivered twins. Her son’s name is Jannero Pargo Jr. and her other children’s name is not revealed in public yet. Malaysia loves and takes good care of her children. 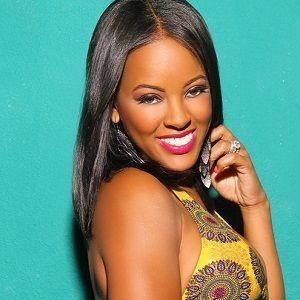 Who is Malaysia Pargo?

Malaysia Pargo is an American television personality. She is known to the world with her appearance in a very popular TV show Basketball Wives: Los Angeles. According to some sources, her real name is Laquisha but it is not sure.

Malaysia Pargo was born in Compton, California on August 12, 1980. American is her nationality and she follows the Christian religion. She has not shared anything about her childhood life and educational background.

There is no information about her childhood life. However, some sources revealed that her real name is Laquisha. She holds an American nationality and her parental background is unknown.

Malaysia Pargo first gained media attention when she appeared in popular reality television series Basketball Wives: Los Angeles. This series was broadcasted on VH1 and she played a lead role from season one. Her performance is really amazing.

She was offered for many other series but she is not able to work in other series due to her busy schedule. Pargo made her wonderful career at a young age. She is also a profession Jewelry designer. She launched Three Beats Jewelry, a custom children jewelry brand in 2011.

In 2014, Pargo appeared in Mase’s Nothing video. There are no other details regarding her career. However, some sources revealed that she was chosen for the reality show because she was a wife of professional basketball player Jannero Pargo.

Malaysia Pargo is living a comfortable life as her estimated net worth is 3.5 million dollars.

She was dragged into controversy when she tweeted the controversial tweet, “I’ve lost all respect, sorry, this is absolutely rigged for money…Or ratings, I’m not sure which. I won’t be silent. I just saw it live. Sorry,” which she deleted later.

Malaysia has an hourglass body shape and her body measurement is 36-26-38 inches. Her bra size is 34D. She has a height of 6 feet 1 inches and weight is around 66 kg. Her dress size is 8(US.) She has black eyes as well as hair.