Malcolm Spellman is a popular American screenwriter and producer. 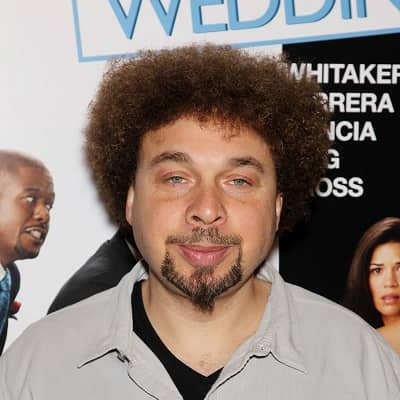 Malcolm Spellman is currently married to his wife Nichelle Tramble Spellman. His wife Nichelle is a screenwriter, producer, and author. The couple has worked together on several projects and is very supportive of each other in their work. Other than this, nothing is known of Malcolm’s marriage.

Due to his private nature, there is no available information about his previous relationships and exes as well.

Who is Malcolm Spellman?

Malcolm Spellman is a popular American screenwriter and producer. He is best known for his work in the TV series Empire and the recent TV miniseries The Falcon and the Winter Soldier.

Malcolm Spellman has not revealed his date of birth as of now. As such, his exact age is also not known. Still, we do know that Spellman was born in Oakland, California. His nationality is American and his ethnicity is mixed.

Malcolm was born to parents A.B. Spellman (father) and Danielle Ryvlin Spellman (mother). His father is an African American and his mother is originally from France. He grew up in the cities Berkeley and Oakland with a great passion for storytelling.

Malcolm’s education is also a subject of mystery. But judging by his work and interviews, he appears to be well educated.

Malcolm’s screenwriting career took off in 2010 as one of the main writers for the movie Our Family Wedding. Before this, he had worked as a writer for some video games and also on some independent projects on his own. Then later, in February of 2015, Malcolm started writing the scripts and producing episodes for the TV series, Empire. His work was noticed and he worked as the producer of the HBO series Confederate.

After producing a few more shows, Malcolm landed his biggest project by far in the Disney+ series, The Falcon and the Winter Soldier. He is both the main writer and executive producer of the series and has gotten a lot more popular thanks to the popularity of the series. We will be seeing Malcolm a lot more in the limelight as he is also set to co-write a fourth Captain America film in the Marvel Cinematic Universe (MCU) with Dalan Musson.

As of now, Malcolm has not received any notable awards or nominations. But with his recent work and subsequent success, he is not too far from prestigious awards and nominations.

Malcolm Spellman has not revealed his exact net worth or annual salary as of now. And unfortunately, there are also no reliable estimates of these figures on the internet.

Malcolm has not revealed his physical statistics such as his height or weight as of now. Still, we can see from his pictures that he has a big build with blue eyes and curly brown hair, which he wears in an afro.

Malcolm is not very active on social media. He only uses Instagram at the moment and even there his account is private. Still, Malcolm has gathered over 2.3k followers on his Instagram account, @malcolm_spellman.

Also, get to know more about celebrities Simona Brown and Robert Aramayo.