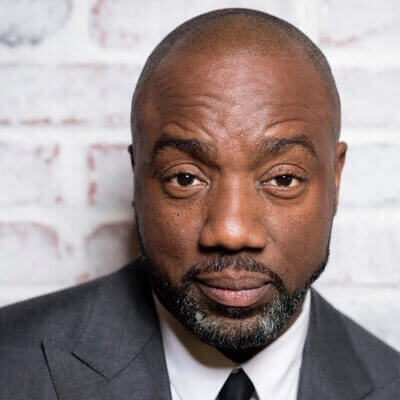 The couple dated for a while before getting married. They exchanged wedding vows on December 21, 2003. From their marriage, the couple does not have children so far.

Previously, he was married to Trisha Mann. Their date of marriage and divorce remains unknown. From their marriage, the couple has three children; two daughters and one son. The names of his three children are Josiah, Dena, and Priya.

Who is Malik Yoba?

Malik Yoba is an American actor, singer, and youth activist. He is well-known for his works in New York Undercover, Cool Runnings, Alphas, Revolution, and Empire.

Malik Yoba was born as Abdul-Malik Kashie “Malik” Yoba in the Bronx, New York City, on 17th September 1967. As of 2020, his age is 52. He was born to parents, Mahmoudah Young Lanier(mother) and Erutan Abdullah Yoba(father).
He also has a brother named Abdul Rahman Yoba. His brother, Abdul is an actor, writer, and producer. Malik was interested in acting from his childhood days. He spent his childhood days in the Bronx with his family. His ethnicity is African-American.

He studied acting at the HB Studio in New York and also a member of the Phi Beta Sigma Fraternity.

Malik Yoba started his acting career in 1993 with the film, ‘Cool Runnings‘. Two years later, he appeared in the movie, Smoke in 1995 and portrayed Detective Carson in The Creeper.

In 1998, he starred in the film, ‘Ride’. From 1999 to 2015, he appeared in different movies such as Personals, His Woman, His Wife, Dreaming in Black and White, Rockaway, The Assault, Brotherly Love, etc. Moreover, in 2010, he appeared alongside Tyler Perry and Janet Jackson in ‘Why Did I Get Married Too?

Similarly, he also has several TV credits. In 1993, he landed the role of Fisher in the American sitcom, ‘Where I Live‘. He earned his breakthrough in 1994 when he started portraying Detective Julius Williams in New York Undercover till 1999.

He also starred in the TV drama series, Bull in 2000. Malik also appeared as Bill Harken on Agents and Jim Hudson in Revolution. Similarly, he started appearing as Vernon Turner in Empire.

Malik Yoba has an estimated net worth of around $3 million. According to some online sites, he has an average annual salary of around $485k.

Yoba stands at a height of around 6 feet 2 inches. He weighs around 85 kg. He has black hair and dark brown eyes.

In 2015, Malik unintentionally revealed in an interview that Jussie Smollett was gay. This was controversial as Jussie had kept his personal life private and had said nothing about his sexual orientation.

In 2019, he was criticized by many after he revealed that he is attracted to transgenders. Some came to his defense saying he was just being honest while others criticized him.

However, he was pulled into more controversy after an activist named Ebony claimed that Yoba paid for sex work 20 years ago when she was still a minor. She also claimed that the actor drove around New York City’s Meatpacking district and looked for Black transgender sex workers who were Black trans girls.

She recalled the incident,

“You always remember celebrity clients. It’s like time slows down. You remember every detail, Blood pounding. He was cute, and polite, don’t get me wrong. But I’m sure he knew what he was doing, was Wrong….. What Malik paid me to do, as a 13 and 16-year old, wasn’t love. His ignoring that I was clearly a child prostitute wasn’t love.”

Moreover, she claimed that he begged for unprotected sex and was sure that she was not the first underage sex worker he had been with.

You may also like to read the Bio, Net Worth, Career, Social Media, Body Measurements, and more about Ralph Carter, Jeezy, Vail Bloom, and more.