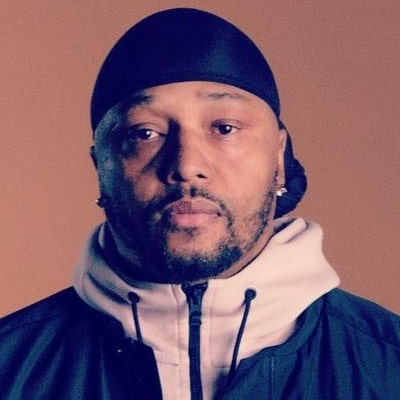 Malik Yusef is a married man and a father of six children. However, there is no detailed information available regarding his wife and children. He is a very secretive person when it comes to his family.

Who is Malik Yusef?

Malik Yusef is an American spoken word poet, rapper, actor, and filmmaker. He is the six times Grammy Award winner and he was named Best Poet at the Chicago Music Awards each year from 2002 through 2008.

Also, he is one of Kanye West’s most trusted contributors and currently, he is signed to the World’s largest music publisher Universal Music Publishing, and is part of Kanye West’s G.O.O.D.

Yusef hasn’t yet revealed his parent’s information in the public including his father, mother, and siblings. He holds an American nationality and belongs to the All-American ethnicity.

Yusef’s academics details are also under the curtain at the moment.

Malik got his first career break when New Line Cinema Director Ted Witcher picked him to coach Larenz Tate in the romantic drama, “Love Jones” which garnered a Sundance Film Festival Award and three NAACP Image Awards. While filming in Chicago, he made his poetry career too.

In 2002, he appeared in Season 2 of HBO’s “Russell Simmon’s Def Poetry Jam” featured poem entitled “I Spit…”. He starred as himself in the 2005 VH-A Television Series “Driven” along with Jay-Z, Ludacris, Russell Simmons, and so on.

In 2003, he released his solo album, The Great Chicago Fire; A Cold Day in Hell featuring local talent including Kanye West, Carl Thomas, Marvo 11, and so on.

Similarly, he collaborated with Director Frey Hoffman for the film adaptation of Yusef’s poem, “Hollywood Jerome” in 2007. Also, together the two collaborate for Yusef’s 2005 music video, “Wouldn’t You Like to Ride” featuring Kanye West and Common.

Yusef is also a sociable person, a revolutionary, one that has remained constant as an advocate of urban revitalization. In the local Chicago community, he has established the organizations like, ‘For Yourself Foundation’, a program designed to help combat illiteracy.

Similarly,  ‘Girl Power’, a non-profit aimed towards uplifting and empowering young girls, and ‘Drop Squad,’ consisting of a team who work to clean trash and debris off neighborhood streets.

Yusef has been nominated twenty-four times in Grammy Awards. Out of 24 nominations, he won six awards in different categories like Best Rap Song, Album of the Year, and so on.

– In 2020, he won for Outstanding Cultural Documentary for Chicago at the Crossroad.

– That same year, he nominated for Outstanding Crafts Achievement Off-Air for Chicago at the Crossroad.

Similarly, three months before he allegedly used a fake charity affiliation and a forged Kanye signature to extract $900,000 from fashion designer Philipp Plein.

As of 2021, Yusef has an estimated net worth of $4 million throughout his multiple profession as poet, rapper, actor, and filmmaker. However, his salary, yearly income, and other assets are still under review.

Yusef has black hair color with black pair of eyes. Further, his body measurement is not available including height, weight, and others.

Yusef has more than 5.8k followers on his Facebook account with over 5.5k likes. He has also shared his e-mail id [email protected] for any business inquiries.

Yusef is also active on Twitter with nearly 21.6k followers. Also, he has a self-titled YouTube channel with 182 subscribers.