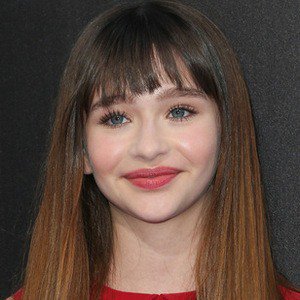 “One of my favorite moments so far was my last shoot for Old Navy where they had a gigantic trampoline, and I just jumped however high I wanted. I also love when they bring animals to take pictures with us.”

Who is Malina Weissman?

Malina Weissman is an American actress and model who is well recognized for her role as Violet Baudelaire in the series ‘A Series of Unfortunate Events’. She is also popular for her role as young Kara Zor-El in ‘Supergirl’. She is famous on the social networking site ‘Instagram’.

She was born on March 12, 2003, in the USA. She is currently 15 years old. Her mother is a model but information about her father is not available. She grew up along with her sister.

Her hobbies include swimming, dancing, horse riding, and singing. Also, she is fluent in Spanish, German, and English.

Malina holds American citizenship and her ethnicity is a mix of Ashkenazi Jewish, German.

Talking about her education, she has not provided the name of her school. However, it is under review.

She began her professional career as s model and at that time, she was 8 years old. She was signed by her mother agency and after that, she made her appearance in major designers and brands like Calvin Klein, Levi’s, Ralph Lauren, H&M, any many more. Also, she appeared in commercials for Maybelline, Purell, My Little Pony, ACT mouthwash, etc.

She made her film debut from the film ‘Teenage Mutant Ninja Turtles’ in 2014, which is a science fiction action comedy film. She portrayed the role of Megan Fox in the film. Then, she appeared as Girl in Pink in ‘Thirsty’ in 2016 and as Rebecca Brand in the film ‘Nine Lives’ starring alongside Kevin Spacey and Jennifer Garner in 2016.

The young actress has not been awarded and nominated for her work. As she is highly focused and active in her career, she may win numerous awards and nominations in the future.

She has an estimated net worth of around $6 million and she earned that sum of money from her modeling career and acting career.

There is a rumor that the actress is dating her co-star Louis Hynes but neither of them has confirmed the rumor. She often shares pictures of them on her Instagram.