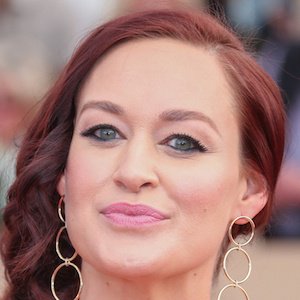 My whole brand of humor is about self-depreciation: About owning your flaws and saying 'f*** you' to anyone who doesn't like it

My boyfriend will do anything to avoid making out with me.

Who is Mamrie Hart?

Mamrie is an American comedian, actress, writer, and performer who gained popularity through her YouTube channel. She joined YouTube in 2009, and her main channel ‘You Deserve a Drink’, was started in 2011.

Mamrie Hart was born in Andover, New Jersey, the United States on September 22, 1983. Her birth name is Mamrie Lillian Hart and she is currently 35 years old. Her father’s name is David Hart (actor) and her mother’s name is Caroline Mayhall (high school English teacher). Mamrie’s parents divorced when she was nine years old.

Talking about Mamrie’s education history, Hart earned her Bachelor of Arts in drama and communications from the University of North Carolina at Chapel Hill.

She began her career in the show biz by joining a comedy band named ‘Cudzoo and the Faggettes’. Later, she became even more popular through her YouTube channel ‘You Deserve a Drink’, which was mainly about instructional mixology videos.

Mamrie has also appeared in various TV commercials. She made a guest appearance in an episode of a TV show ‘Don’t trust the B—- in Apartment 23’. She is a skilled writer as well.

Whereas, before she gained fame through YouTube, Mamrie Hart worked for ‘Cudzoo and the Faggettes,’ a band which was known for its humorous lyrical content. The band, which performed in New York, referred to their own style as a mixture between dirty doo-wop and vintage rock.

Her past work experience as a bartender was of great help. In her videos, she occasionally makes drinks for celebrities, whom she feels deserve a drink. Additionally, she has also collaborated with other YouTube stars as well, such as Grace Helbig, Tyler Oakley, Hannah Hart, and Flula Borg.

Mamrie Hart has also worked with the sketch comedy group ‘The Upright Citizens Brigade’, for whom she wrote and performed sketches. Throughout her career, she has appeared in several TV commercials, which includes a campaign for an American furniture manufacturer ‘La-Z-Boy’.

In 2014, she starred in a comedy drama-film ‘Camp Takota’, along with YouTubers Grace Helbig and Hannah Hart. She also played a role in the comedy web series ‘Oscars’ Hotel for Fantastical Creatures’, as well as making five appearances on the ‘Comedy Central Quiz show’.

She has an estimated net worth of around $2 million (as per 2019 data) and she has earned that sum of money from her professional career. Hence, her salary is officially not given she surely earns a lot from her shows, book, movies and so on.

Mamrie Hart is successful in maintaining her career and has not been part of any rumors and controversies yet.

Mamrie Hart has a height of 5 feet 8 inches. Additionally, she weighs is 56Kg. Mamrie’s hair color is red and her eye color is green.

Also, read the affair, salary, the net worth, controversy, and the bio of  Veronica Merrell, Jayla Vlach, Alex Wassabi