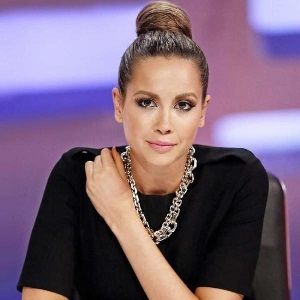 Mandy Capristo started dating Arsenal footballer Mesut Özil in 2013. The relationship ended in October 2014, following reports of Özil being involved with another woman. On 12 November 2015, Özil and Capristo appeared together at the Bambi awards ceremony in Berlin. An Instagram photo uploaded by Özil and Capristo used the hashtag #OziStoIsBack, suggesting that the couple are back together.

Who is Mandy Capristo?

Mandy Capristo is a German singer, songwriter, dancer, and model. She was first exposed to singing & dancing competitions in 2001, when she won the Kiddy Contest, a reality television singing competition for teens in Austria. In the mid to late 2000s, Capristo rose to fame as a founding member of the girl band Monrose. Until their disbandment in 2011, the trio released 4 studio albums & 11 singles.

Capristo was born Mandy Grace Capristo on 21 March 1990, in Mannheim, Baden-Württemberg, West Germany. Her nationality is American and ethnicity is Italian, German.

She was born to an Italian father, Vittorio Capristo, & a German mother, Carmen. She grew up in Bürstadt, Hesse. Her older brother Anthony was born in 1986. Capristo’s parents separated when she was in her early teens.

Capristo was 4 when she began gymnastics, dance & piano lessons. 3 years later she enrolled in dancing & video clip dancing. In 2001, Capristo’s music teacher entered her for the Kiddy Contest in Austria. She won the competition.

In 2001, after Capristo won Kiddy Contest with her song “Ich wünsche mir einen Bankomat”, it subsequently appeared on the number-one compilation album Kiddy Contest, Vol. 7 (2001). Capristo appeared in shows such as Tabaluga Tivi or 1, 2, or 3 & in 2002 she recorded the song “Mosquito” for another Kiddy Contest album.

In 2006, Capristo participated in the German television show Popstars. At the finale, the audience chose her via televoting to become the final member of the girl band trio Monrose, alongside Senna Guemmour and Bahar Kızıl. The group’s debut single “Shame” peaked at number 1 on the German Singles Chart & became 1 of the best-selling singles of the year, resulting in a sales total of 200,000 copies Europe-wide. The group released their debut album “Temptation” in December 2006, which debuted on the charts at number 1 & was certified 2 times platinum by Media Control Charts in 2007.

Since 2006, the girl group released 4 studio albums, Temptation, Strictly Physical, I Am, and Ladylike which entered the charts in the Top 10. Their singles Shame and Hot Summer have charted at number 1. Overall, they released 11 singles, of which 7 reached the Top 10 in the German Charts. In 2008, they won their first Comet Award for Best Single with “‘Hot Summer” & in 2009 for the best band.

In June 2010, Capristo was featured on the German cover of FHM Magazine & posed on the same calendar. On 25 November, Monrose announced that the group would split & each focus on their solo projects. The last official TV appearance Monrose had was on 27 February 2011 with their single “Like a Lady” at the finale for Cycle 3 of Austria’s Next Topmodel.

After the disbanding of Monrose, Capristo confirmed in an interview that she already started recording for her first album in November 2010. In May 2011 she performed 2 songs off her first album. The track “Be You” will be the B-Side of her first single & was written for the Be-Yu Cosmetics. The other song, “Overrated” will also appear on the album. In cooperation with Peter Maffay, they recorded the song “Die Zeit hält nur in Träumen an” (German) & performed on 8 October at Wetten, Dass..? In October 2012, she went on Tabaluga-Tour with Peter Maffay. The single with Peter debuted at number 86 in the German Charts.

In March 2012, Mandy announced her first solo single “The Way I Like It” written & produced by David Jost, which would be released on 13 April. Her first album was to be called Grace. It was released on 27 April under her new record label EMI & Starwatch Entertainment. As her second single, Capristo released “Closer”, written by Robin Grubert & Martin Tingvall. She also took part on 14 March, with professional dancer Stefano Terrazzino at the dance show Let’s Dance.

In 2016, she changed her artist name to Grace Capristo & released her single “One Woman Army” written by American songwriter & producer PJ Bianco, P. Bentley, Aimée Proal and Caprito to moderate success. On 28 October 2016, she also released a song, “Ricorderai l’Amore (Remember The Love)” with Italian singer Marco Mengoni, where she sang an Italian part.

Capristo has published songs in English; only for the Tabaluga project & the feature film Rapunzel has she sung in German. She also sang the song “Grace” in Italian, although she does not speak that language.

In 2007, Capristo signed an advertising contract with Gillette Venus. That same year, Capristo modeled for the fashion brand, Ed Hardy. In 2008, she filmed commercials for ProSieben. There, she presented the We Love Collection, cooperation with Otto. In October 2008, Capristo was the testimonial for the Nintendo DS game Just 4 Girls. The following year, she modeled for the Otto catalog & was on the cover. In the spring of 2010, she completed a two-year contract with the cosmetics brand BeYu & modeled in 2011 for the brand at the Mercedes Fashion Week in Berlin.

In 2007, Capristo occurred on “Schau nicht weg!”, a concert that is opposed to violence. It was a campaign for the magazine BRAVO. In 2008, she was an ambassador of the “Federal Foundation for Children’s Hospice”, supporting the Climate Change Programme Climate fashion as the jury president. In addition, since 2011, she was in the context of Germany’s Relief for victims of famine in East Africa.

Mandy Capristo: Salary and Net Worth

There are rumors that Capristo and Özil are in a relationship again after an Instagram photo uploaded by Özil and Capristo used the hashtag #OziStoIsBack.

Mandy has a height of 5 feet 4 inches. Her body weighs 50kg. She has golden-brown hair and brown eyes.