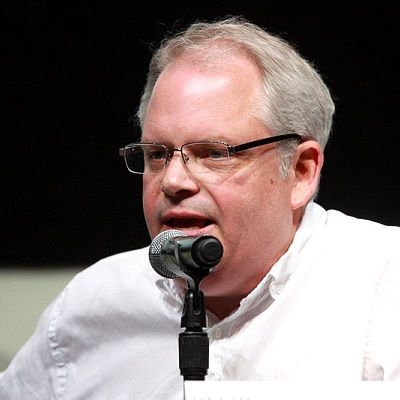 Manny Coto is in a married relationship with Robin Trickett. Manny and Robin exchanged their vows on December 27, 2004, in Venice, Italy.

Who is Manny Coto?

Manny Coto is a Cuban-American writer, director, and producer. He has produced the shows 24, Dr. Giggles, and Dexter.

Also, he is the executive producer the an American science fiction television series, Star Trek: Enterprise.

Manny Coto was born Manuel Hector Coto on June 10, 1961, in Orlando, Florida, US to Spanish and Galician ethnic background.

He completed his graduation from American Film Institute, United States.

Manny is engaged in multiple professions. He has written and directed a horror TV series Tales from the Crypt in 1989. It was aired in 1989 in HBO till 1996. This show has a total of seven seasons with 93 episodes.

He also directed Zenon: The Zequel in 2001, a sci-fi movie with the casts Kirsten Storms as Zenon Kar, Shadia Simmons as Nebula Wade, Lauren Maltby as Margie Hammond, Susan Brady as Astrid Kar, and more.

Manny as a Writer

He has an estimated net worth of $1 million US.

He has a pair of brown eyes and has light hair.