Updated On April 5, 2022 | In Interesting Facts , Lifestyle
Share this 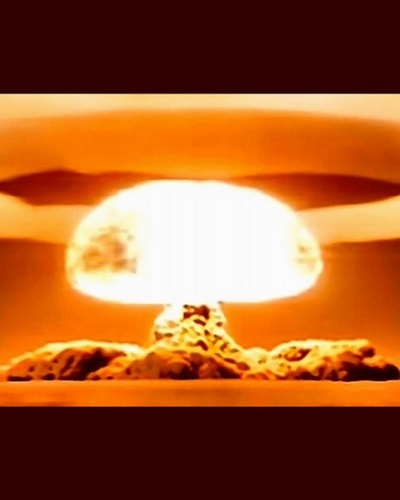 As the tension over nuclear weapons rises after the latest move by North Korea, the new US administration is upping its rhetoric in response.

Elsewhere, the rhetoric hints at a return of the expansion of nuclear arsenals across the world. In December last year, Russian President Vladimir Putin told a meeting of defense chiefs that strengthening nuclear capability should be a key objective for 2017.

Then, Donald Trump took to Twitter to respond, vowing to do the same.

Such rhetoric exchange has led to concerns about the world’s nuclear capacity and the unpredictability of those in charge of those warheads.

There are millions of kilotons already in military service around the world. Of them, the world’s nuclear-armed states have around 15,000 warheads, with the majority belonging to the US and Russia.

Estimated are that just fewer than 10,000 of these nuclear warheads are in military service at the present, with the rest of them awaiting dismantlement, according to the Arms Control Association.

You may also like to read Under Armour launches special face masks for athletes to prevent hypoxia and safeguard against COVID-19!

Which are the nuclear-armed states?

There are five nuclear-weapon-armed states in the world: China, France, Russia, the UK, and the US. These nations are officially recognized as possessing such weapons by the Treaty on the Non-Proliferation of Nuclear Weapon.

While the treaty does recognize and authorize their arsenals, they are not intended to build or maintain them forever. Indeed, these nations have committed to getting rid of them.

Apart from that, there are also four other countries that have nuclear weapons: Pakistan, India, Israel, and North Korea. However, these nations did not sign the Treaty and together own an estimated 340 nuclear weapons.

But it is Russia and the US that have by far the most nuclear weapons in the world. They dominate all other nations by jointly sharing 88% of the world’s arsenal of reserved nukes, with the figure increasing to 93% when retired nukes are also considered.

How deadly could these weapons be?

The world’s current collection of 14,900 nuclear weapons has enough power to kill millions of people and flatten dozens of cities.

Estimates are that the US and Russian arsenals combined have power amounting to 6,600 megatons, which is equivalent to a tenth of the total solar energy that Earth receives every minute.

According to the NukeMap website, the dropping of the largest bomb in the current US arsenal, the B-83, would kill 1.4 million people within the first 24 hours of the explosion.

A further 3.7 million people would be injured, as the thermal radiation radius reaches 13 km. Likewise, Tsar Bomba, the largest USSR bomb tested, was dropped on New York, estimates show that it could kill 7.6 million people and injure 4.2 million more.

The nuclear fallout of the blast could reach an approximate area of 7,880 km on a 15 mph wind, impacting even millions of more people.

The above figures on nuclear weapons, based on statistics from the Arms Control Association, are mainly estimates because of the secretive nature with which most governments treat information about their arsenals.