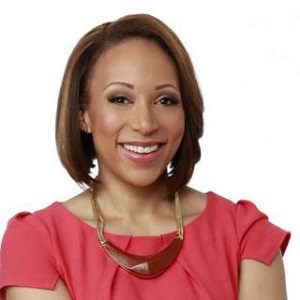 “The harder the struggle, the bigger the gain. The important thing is to stick with it, repetitively and consistently”

" “Persistence is victory. Just . . . keep . . . going. It doesn’t matter if things aren’t going the way you thought they would or if you’re facing a disappointment. The only defeat is in quitting. If you keep going, you’re winning.”

Mara Schiavocampo is a married woman for a long time. She is married to her longtime boyfriend Tommy Porter. The couple dated each other for several years since their high school days. After years of their affair, the couple got married in the year 2005.

The couple had their first child, a daughter named Nina Isabella Porter in 2011. The couple announced that they were expecting a second child in January 2016. They together have two children.

Mara and Porter have been married for over 13 years now and their relationship is still going very well. Mara’s husband Porter is very supportive of her and her work and there is a great mutual understanding between them. The family currently resides in Harlem, New York.

Who is Mara Schiavocampo?

Mara Schiavocampo is an American journalist. She is best known for her works at ABC News. She is also popular for being the anchor of the shows like NBC’s Early Today and MSNBC’s First Look. She currently works as a news correspondent for ABC News.

Mara Schiavocampo was born on September 28, 1979, in Silver Spring, Maryland, USA. She is of American nationality and is of Italian and African-American ethnicity.

She is the daughter of an African-American mother, Hazel McFerson, and an Italian father, Rino Schiavocampo. She has a sister named Pia Schiavo-Campo. She does not have any brothers.

Mara Schiavocampo completed her high school graduation from her native place. After high university graduation, she joined the University of California and received her undergraduate degree. After that, she enrolled at the University of Maryland, College Park, and graduated with her master’s degree.

Mara began her journalism career working for NBC News as a digital correspondent and anchor of the show, Early Today. She worked for NBC from 2007 to 2013. She also served as an anchor of MSNBC’S First Look for several years.

It is assumed that she is paid a high amount of salary, but unfortunately, her salary and net worth are unknown to the media.

Mara Schiavocampo has a height of 5 feet 3 inches. Her body weighs 63.5kg. Furthermore, he has black hair and black eyes. Besides these, there is no description of her body measurement.