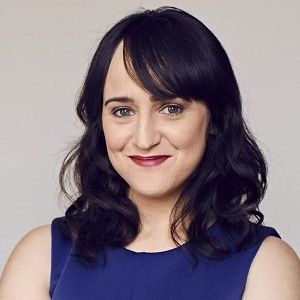 Imagine that when you were a child, you liked to finger-paint. It was a fun pastime, but it came easily to you, so you never took much pride in it. Regardless, you got a reputation for your finger-painting. Now imagine that, fifteen to twenty years later, people are coming up to you and telling you that they have your finger-paintings up on their walls and that your finger-paints changed your life. It's flattering, but you haven't finger-painted in years, and it seems like something you did a long, long time ago. You've realized you don't particularly enjoy getting your hands dirty and that there are other outlets for your creative urges. But people are adamant: are you going to finger-paint again? When? Wait, you're not? Why not? That's what it feels like.

I don't have any plans to pursue film acting. It's not my "thing" anymore, if it ever was. Yes, I do still act sometimes. But when I do, it's with people I know and trust, people who respect me as a person and appreciate what I have to offer. Yes, I love working in theater and have always loved voice-over, but pursuing a full-time live-action film career does not appeal to me. And no, you will not ever see me on "Dancing With The Stars". Sorry.

Mara Wilson is a bisexual. She is living a single life so happy as she is focusing on her career. Also, even if she is dating someone, she has not revealed anything about it.

Who is Mara Wilson?

The famous writer and former child actress, Mara Wilson is an American. She has portrayed the role of Susan Walker in Miracle on 34th Street (1994), Matilda Wormwood in Matilda (1996), and as well as in Lily Stone in Thomas and the Magic Railroad (2000).

Mara Wilson was born in Burbank, California, the United States on July 24, 1987. Her birth name is Mara Elizabeth Wilson and she is currently 33 years old.

She graduated in 2009. Then, she appeared in her own one-woman show called Weren’t You That Girl?

Mara Wilson began her acting career appearing in commercials for Lunchables, Texaco, Bank of America, and Marshall’s. In the year 1993, she auditioned for a role in the comedy film ‘Mrs. Doubtfire’ and won the role of Natalie Hillard.

Directed by Chris Columbus, the film did quite well commercially and reviews were mostly positive as well. It also featured actors like Robin Williams, Sally Field, and Pierce Brosnan.

She was next seen in the Christmas fantasy film ‘Miracle on 34th Street’, which is the fourth remake of the 1947 film of the same name. She then played a recurring role in the TV series ‘Melrose Place’ in 1994.

Likewise, in 1997, she appeared in the fantasy comedy film ‘A Simple Wish,’ which was a critical and commercial failure. However,  In the year 2000, she appeared in her last major role on the big screen by playing Lily Stone in the movie ‘Thomas and the Magic Railroad’.

It was based on the children’s book series ‘The Railway Series’. Similarly, in 2016, she played a guest role in the TV show ‘Broad City’. She next played a recurring voice role in the animated series ‘BoJack Horseman’. She has also appeared in various web series.

As a writer, she wrote the play ‘Sheeple’ which was produced in 2013 for New York International Fringe Festival’. She is also the author of the book ‘Where Am I Now?

She won the Young Star of the Year at ShoWest Award, she won Best Performance in a Feature Film – Leading Young Actress for A Simple Wish (1997) at Young Artist Award.

Likewise, she won Best Performance by a Young Actress in a Comedy Film for Matilda (1996) at YoungStar Award.

She has an estimated net worth of around $500 thousand (as per 2020 data) and she has earned that sum of money from her professional career.

There was a rumor about Wilson’s death. Another rumor was about her pregnancy. Currently, she is far from rumors and controversies.

Mara Wilson has a height of 5 feet 1 inch. Additionally, she weighs is 56Kg. She has a measurement of 34-25-30 inches. Mara’s hair color is brown and her eye color is hazel.