Actor-dancer Marama Corlett is low-key about her love affair.

Marama Corlett seems to be single at the moment. Well, she is a very secretive type of person when it comes to sharing her personal life. To this date, she has not shared a single word about her dating and other affairs publicly. She is yet to be married, but she has a goddaughter, Ophelia whose picture can be seen in her social media platform. 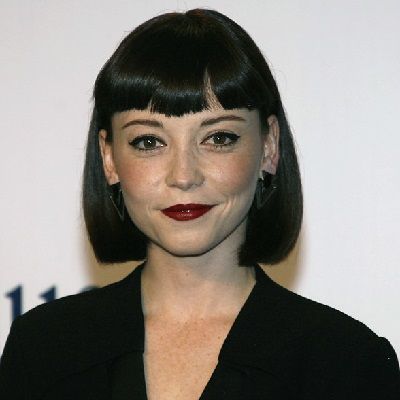 Who is Marama Corlett?

Marama Corlett is well known as an actress. She is also popular as a dancer who is known for her portrayal in the television series Sinbad. Apart from this, she is also recognized for her work in Blood Drive, Sick Note, and Guardians of the Galaxy.

She was born on May 3, 1985, in Valletta, Malta. She is of Maltese nationality while her ethnicity is Mixed (Maltese, Sicilian and New Zealand) as her father is from New Zealand and mother from Malta. But the name of her parents is unknown. There is no information collected about her siblings.

Regarding her education, she joined Olivia Dow School of Russian Ballet and later on, enrolled at Urdang Academy in Covent Garden, London.

Marama Corlett started her career as a dancer and worked with company Ballet Russ de Malt in Malta. Later on, she moved to England to pursue her career in ballet dancing. After several years of dancing career, she also started her acting career.

She made her acting debut in 2010 with the movie, The Devil’s Double in 2010. Later on, she appeared in The Children’s Hour. Her career got limelight after she appeared in the series, Sinbad.

Later on, she appeared in the movies and TV shows including Guardians of the Galaxy, Desert Dancer, The Goob, Maleficent, and many others. Her latest appearance is in the A.D. The Bible Continues and The City and the City.

In the New York City Independent Film Festival, 2018 she became the winner of Best Actress for her work in Afterword(2017).

The professional dancer as well as an actress, Marama Corlett, has a net worth of $0.5 million (i.e $500000). As per Payscale, the average salary of an actor is around $50,313, so she also might be earning her salary in the same range.

She is far from all of these rumors and controversies.

Marama Corlett stands with a height of 5 feet 1 inch or 155 cm. Likely, the actress weighs around 48 to 50 kg. Taking about her body, She has a slender shaped body with the measurements of 30-23-31 inches. She has black colored hair and brown colored pair of eyes.

Taking about her presence on social media, she is active and has her own fan following. She has over 6.1K followers on her Twitter account. Likely her Instagram account also holds more than 11.4k followers.

Click on the link to know the bio of more personalities like Steven Mnuchin, Greg Herenda, Shirley Strawberry, Damon Welch.