Updated On November 24, 2022 | Published By: Frank Ingram
Share this
Married 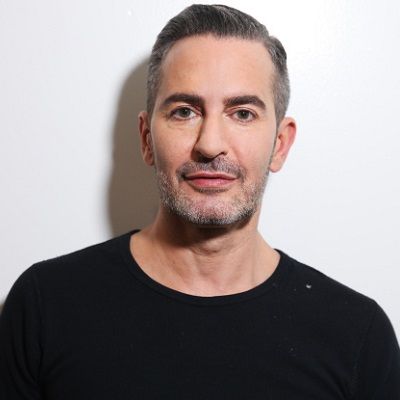 I remember walking the dog one day, I saw a car full of teenage girls, and one of them rolled down the window and yelled, 'Marc Jacobs!' in a French accent

Let's do what we love and do a lot of it.

What is the relationship of Marc Jacobs?

Marc has openly admitted being gay. Recently, he exchanged vows with his longtime boyfriend, Charly Defrancesco on April 6, 2019. The fashion designer and the candlemaker began dating about three years ago.

Marc Jacobs has also been married to Lorenzo Martone. In addition, he has also dated Harry Louis, Austin Armacost and Jason Preston.

Who is Marc Jacobs?

Marc Jacobs is an American fashion designer and businessman. Also, he is the head designer for his own enormous fashion label, Marc Jacobs. It is a diffusion line produced for around 15 years. Furthermore, he was the creative director of the internationally famous brand Louis Vuitton from 1997 to 2014. He is regarded as a powerhouse of the fashion world.

Marc was born on April 9, 1963, in New York City. Currently, he is 56 years of age. His father died at a very young age and his mother remarried seven times and was very mentally ill. Thus, it was not easy for Marc growing up. He also has a brother and a sister. However, his parents and his siblings’ name remain unknown. In addition, Marc’s ethnicity is Ashkenazi Jewish and his nationality is American.

In which school did Marc Jacobs attend?

Jacobs went to the High School of Art and Design. After that, the Parsons School of Design in New York, the U.S.

After his graduation, Jacobs designed his first design collection for Sketchbook for Reuben Thomas. He took inspirations from  Amadeus and Purple Rain for the line. Jacobs then took the role of the womenswear designer for Perry Ellis. Also, in 1993, after Perry Ellis stopped its manufacturing operations—and after Marc sent out a ‘grunge’ collection for the label.

The company did not like this. However, the critics loved it. So, Marc started his own label with the financial support of his former bosses. The Marc Jacobs label soon proved to be a huge success. In 1997, Marc became the creative director of the Louis Vuitton house of luxury goods. This job was huge as LV is one of the most prestigious companies in the world. This brought pressures to his personal life. He suffered from addiction to cocaine, heroin, and alcohol. After getting rid of addiction after some time, Marc launched LV’s first ready-to-wear line with expansions in his own label.

His three Marc Jacobs collections include two for adults and one for children. Moreover, he has also licensed his name to perfumes and other beauty accessories. However, in 2013 he left his role as the creative director of Louis Vuitton in order to focus on his own line. The same year, he launched the makeup brand Marc Jacobs Beauty.

Unfortunately, his fashion empire struggled and came at a loss. Also, in 2015 he closed his popular Marc by Marc Jacobs. Furthermore, a number of his retail stores also had to be closed.

In addition to this, he has won the Menswear Designer of the Year and Lifetime Achievement Awards one time each.

Jacobs is undoubtedly one of the most iconic designers of all time. His association with Louis Vuitton and his own label, Marc Jacobs has made him a ton of money. Marc has an estimated net worth of a whopping $100 million. His source of income is his own brand Marc Jacobs which has stores all around the world. However, it is very hard to calculate the annual salary of Marc. It is still under review but it is surely several millions of dollars.

Is Marc Jacobs involved in any rumors and controversies?

When he was employed by LV, there was a period when Marc suffered from addiction.  He began using heroin, cocaine, alcohol, etc. He also joined rehab to get rid of his problems.

Marc has a height of around 5 feet 9 inches. In addition, he has a reported weight of about 72 kg. Moreover, he has green eyes and brown hair.

You may also like to read the bio, career, net worth of Gigi Hadid, Victoria Beckham, Kathy Colace.