Banker Marc Mezvinsky is married and a father of three. 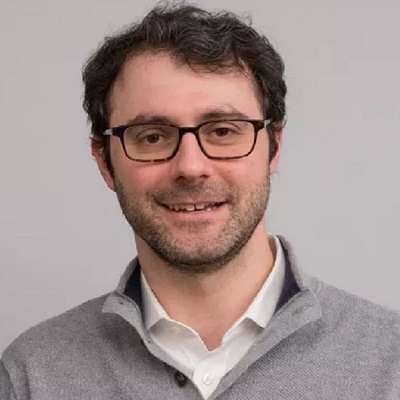 Marc Mezvinsky is married to Chelsea Clinton. The couple first met in 1993 at the Democratic political retreat through their parents who are good friends. Later, in 2005, they started dating each other.

Moving forward, the couple got engaged in 2009. Eventually, they got married on the 31st of July 2010. The wedding took place in Rhinebeck, New York as an interfaith ceremony.

Who is Marc Mezvinsky?

American Marc Mezvinsky is an investment banker. He is renowned as the husband of Chelsea Clinton, daughter of Hillary Clinton and Bill Clinton.

As of now, he is the managing director of the investment company, TPG Capital.

Marc Mezvinsky was born as Marc Margolies Mezvinsky on the 10th of December 1977 in Philadelphia, Pennsylvania to a Conservative Jewish family. He is of British-Irish ethnicity. As of 2021, he is 43 years old.

His father, Edward Mezvinsky is an American politician and lawyer by profession. His mother, Marjorie Margolies is a woman activist. Both of them are the U.S. House of Representatives too.

He has 10 siblings. Among them, five of his siblings were adopted by his parents. Along with his siblings, he grew up in Philadelphia’s Tony Main Line neighborhood.

Talking about education, he is a graduate of Stanford University. In 2000, he earned a bachelor’s degree with Honors in Arts majored in religious studies and philosophy.

Later, he joined Pembroke College in Oxford. From college, he earned a Master’s degree with majors in Politics, Philosophy, and Economics.

After graduating from college, Marc Mezvinsky started his career with the multinational investment bank, Goldman Sachs. He joined the firm as a foreign exchange strategist. Later, he joined the global macro proprietary trading desk of the company.

Moving forwards, he also became a senior partner of the investment company, 3G Capital. Also, he started his own hedge fund, Eaglevale Partners along with his Goldman Sachs colleague. In December 2016, the firm was closed. At the time, the firm used to manage around $330 million.

In 2019, he joined TPG Capital as a managing director.

Apart from the business, he is also active in philanthropy works too. Currently, he serves on the board of the Pembroke College Foundation.

Also, he happens to be the board of directors of the Ann Romney Center for Neurologic Diseases. The organization works on future medicine based on patient-centered research. Prior to that, he was associated with Madison Square Park Conservancy as a board of directors.

As of 2021, he has an estimated net worth of $30 million. His earnings as an investment banker are in the range of $4 million per year.

Back in 2008, he brought a 2000 square foot apartment located on Fifth Avenue in the Flatiron district. The apartment was worth $3.8 million at the time. In March 2013, the condominium on Madison Square Park that worth $10.5 million.

Talking about net worth, his wife, Chelsa has an estimated net worth of $25 million.

Back in 2016, he has been in the headlines of the news. At the time, he was accused to use his connection to the Clinton family and its’ charitable foundation to raise money for his hedge fund, Eaglevale Partners.

Marc Mezvinsky has brown eyes with black hair. His height is 6 feet 2 inches and weighs around 87 kg.

You may also read the bio of Tiki Barber, Devin Caherly, and Thomas J Serer.