Singer Marcelito Pomoy is married and a father of one.

On September 21, 2014, the singer married Joan Paraiso in a solemn Catholic mass wedding. His wife has been very encouraging throughout his career.

She appeared with him on the stage of the American Got Talent to prove her affection and support. Marcelito’s baby’s name is Marcelle Janiah. Their daughter was born in the year 2015. 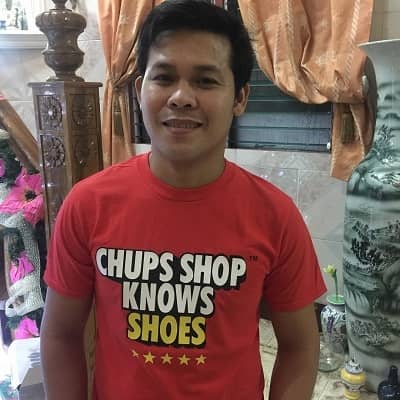 Marcelito Pomoy is a Filipino singer, known both for his female and male voice singing ability. He is the grand champion of Pilipinas Got Talent‘s second season.

He competed in America’s Got Talent: The Champions in 2019, placing fourth overall.

When he was young, his father was imprisoned while his mother, Anecita Pomoy left him alone with his younger sibling and went to Manila.

He was eventually adopted by a police officer and did some odd jobs when he was a kid. Afterward, both his biological father and mother had different families of their own.

There is no information about his schooling or university details. As he was been abandoned by his parents, he was forced to live on the streets.

While doing poultry work, Pomoy had discovered his talent: singing in both a male tenor voice and a remarkably powerful female soprano voice.

This opened the way for him to compete in numerous competitions in the amateur and professional leagues as well. Pomoy tried his luck at Talentadong Pinoy, but sadly, he didn’t make it.

He later joined Pilipinas Got Talent (PGT) in the second season when he was 25 years old and made the cut effectively at the time.

He was able to achieve his childhood dream of reuniting himself with his family during his PGT stint.

Pomoy is performing regularly on ASAP, and his first studio album, Duet Yourself, was released on Star Records in 2011.

In September 2018, he performed on the Metro Manila radio station Wish 107.5, DWNU call sign performing Celine Dion and Andrea Bocelli’s popular duo “The Prayer” as a bilingual song in English and Italian.

The station asked him to perform “The Power of Love” by Jennifer Rush, made popular by Dion.

The performance at the Manila station caught the attention of the American television host, Ellen DeGeneres. She asked him and his wife to perform on the EllenShow show.

He performed two songs on the show, “The Prayer” and “Beauty and the Beast” which gained international attention as a result of the show.

As Pomoy selected both of Celine Dion’s songs, noting that she was her favorite artist, Ellen arranged for Pomoy to go to Las Vegas, attend one of her concerts, and meet her personally.

In August 2019, Joel Jabelosa’s “Pagbabalik” played at the ASOP (A Song Of Praise) Music Festival in its 7th edition. The festival was shown on the Philippine TV channel.

America’s Got Talent: The Champions

He followed up with the main soundtrack of “Beauty and the Beast” being qualified for the next round. In the semi-finals, “Con te partirò” was played in Italian.

In the final, he sang Queen’s “We Are the Champions” with the participation of other finalists Boogie Storm, Duo Transcend, and Hans and Russian Bar.

He placed fourth overall in the race.

Marcelito Pomoy’s net worth is projected to be around $500k. His primary source of income is music but his yearly salary is not disclosed.

Being a homeless child in his teenager and was later adopted by a police officer. He has received lots of success and fame through his hard work and determination.

Up to date, he is doing so well in his personal and professional life and he is not involved in any sorts of controversy and scandals.

He has black hair and a pair of two black eyes too, he stands 5 feet 7 inches tall except his other body measurements details are not available.

You may also like to read the bio, age career, net worth, siblings, marital status, and education of Ramona Singer, Danny Jones Penniman, and, Jim White.

What place did Marcelito Pomoy get?

What is Marcelito Pomoy worth?

His net worth is around $500k.
Eduardo Capetillo
Tags : America's Got Talent: The Champions Pilipinas Got Talent Singer