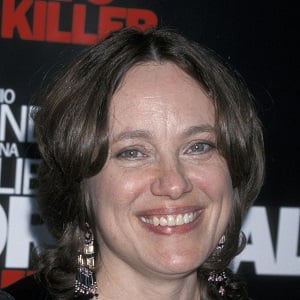 Marcheline Bertrand was previously married to actor Jon Voight. They married on December 12, 1971. They had two children from the marriage, James Haven and Angelina Jolie. They later separated and their divorce was finalized in 1980.

Later, Bertrand lived together for eleven years with documentary filmmaker Bill Day. Additionally, during the latter part of her life, she was in a relationship with activist and musician John Trudell.

Who is Marcheline Bertrand?

Marcheline Bertrand was an American actress and humanitarian worker. She was the mother of actors Angelina Jolie and James Haven. Additionally, she was also the former wife of actor Jon Voight.

Bertrand was born as Marcia Lynne Bertrand in Blue Island, Illinois on May 9, 1950. She was born to parents Lois June and Rolland F. Bertrand. Additionally, she had two younger siblings, Debbie and Raleigh. She was drawn towards acting from an early age. She was of American and Canadian nationality. Furthermore, she belonged to a mixed ethnic background of French-Canadian, Dutch, and German.

Bertrand initially studied with Lee Strasberg. She appeared as Connie in an episode of the television show ‘Ironside’. Additionally, she also had roles in ‘The Man Who Loved Women’ and ‘Lookin’ to Get Out’. After several years of acting, Bertrand began developing an interest in producing. Furthermore, she founded Woods Road Productions with Bill Day in 1983. She worked as the executive producer of the documentary ‘Trudell’ in 2005.

Apart from her work in the show business, Bertrand was also involved in several humanitarian works in her career. She and John Trudell founded the All Tribes Foundation. The foundation had issued over $800,000 in grants by 2007. She also produced a benefit concert for Afghan women refugee in 2003 International Women’s Day. She fought a nearly eight-year battle with ovarian and breast cancer and later died on January 27, 2007, aged 56.

There are no details about what Bertrand’s net worth was when she was alive.

Bertrand was involved in a controversy after Andrew Morton alleged that her daughter Angelina slept with Bertrand’s boyfriend when she was sixteen years old. This allegation still remains a rumor as there does not exist any concrete proofs.

Talking about her body measurement, there is no information available about what Bertrand’s height and weight was. Her hair color was dark brown and her eye color was blue.

Bertrand was not active over the social media.

Angelina Jolie’s fourth marriage, her psyche and her relations: Learn on all of these here!