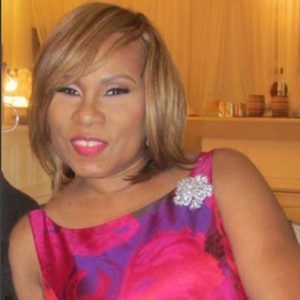 Marcia Harvey was married to Steve Harvey. They were together for more than a decade from 1980 to 1994. They also have three children but get separated.

They have their twin daughters Karli and Brandi on August 20, 1982. Then they welcome their son Broderick Harvey Jr. on April 29, 1991. Steve and she get separated and all of her children were raised up by Marcia.

It was heard from some sources that she later married a man named Larry Greene and lives in Cleveland. But, there is no evidence to say that she is married to Greene.

Who is Marcia Harvey?

Marcia Harvey is an African-American author. But she is more known as the ex-wife of Steve Harvey. He is an American versatile icon, TV host, comedian, actor, radio personality, and author. Though she has built good fame.

Marcia was born on Jan 22, 1955, in the United States of America. She belongs to American nationality and her ethnicity is All-American.

There is no information about her father, mother, and sibling. The school and universities she studied at are also unknown.

Harvey is professionally an author. She started to write after two decades of divorce from Steve. Her first book was ‘MARCIA: Eyes to the Soul‘ which was published in April 2011 in association with Xlibris Corporation. The book contains 51 pages and is divided into three parts named Yesterday, Today, and Tomorrow.

It is a dedication to her life with Steve and after their divorce. Although the book didn’t receive much success, she went on to write two more books entitled ‘Marcia: Poems From The Heart’ in 2011 and ‘Marcia: Thoughts From My Mind’ in 2014.

Among all of these, she is also a successful businesswoman. She has invested in many ventures and has her own clothing line.

As there isn’t much information about her career and her success. so she hasn’t received any awards yet.

Marcia Harvey’s net worth is unknown. But it is assumed to be more than millions. Her ex-husband, Steve, has an estimated net worth of $140 million and earns $40 million per year.

She normally doesn’t share her personal matters. She is also inactive on social media and prefers to keep her information private. And so she doesn’t have any of the rumors.

Marcia Harvey has brown colored eyes and black colored hair. Other information about her height and weight is unknown. Likewise, she is also inactive on different social media platforms.

What does Marcia Harvey do for a living?