Marcia has been married twice. Her first husband was George Lucas, an American filmmaker, and entrepreneur. Marcia met George when he was at the University of Southern California.

They were married in 1969. The couple adopted one daughter, Amanda Lucas in 1981. Marcia and George divorced in 1983.

After their divorce, she received 50 million US dollars as settlement money. Then she walked away from the industry in order to raise her adopted daughter Amanda.

Later in 1983, Marcia was married to Tom Rodriguez, a stained glass artist. They had a baby, Amy Rodriguez in the year 1983 and they divorced in 1993. 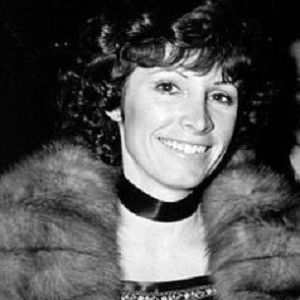 Who is Marcia Lucas?

Marcia Lucas is an Academy Award-winning American film editor and filmmaker. She won the Oscar award for best editing in 1977 for Star Wars: Episode IV – A New Hope.


Lucas was born on 4 October 1945 in Modesto, California. She was raised in North Hollywood, California. Her birth name was Marcia Lou Griffin. Her nationality is American.

Marcia’s father was an army man. He had to keep migrating along with his family from place to place because of his job.

Her mother’s name was Mae and she was a clerk at an insurance agency. Marcia has a sister as well. When she was just two years old, her father and mother were separated.

Then her mother took custody of both kids and moved to her grandparent’s place near North Hollywood. Later after her father died, they shifted to a small apartment.

Her early life was so difficult that her family had to struggle for bread also, they had to think about and spend their money.

Marcia’s early life and childhood were not so easy, same was the case with her education also because of her family’s economic condition. She finished high school in North Hollywood and thought of joining college.

Because of her family’s financial problems she used to work during the daytime and go to night school at night. She had taken Chemistry as her subject in her night school.

Marcia began her career as an assistant editor in 1964. In her early days, she worked as a commercials editor and soon she became the assistant editor to the famous editor Walter Murch. She learned editing skills from him and soon became a popular editor.

In 1974, Lucas was nominated for the Academy Award for Film Editing along with Verna Fields for their work in American Graffiti.

In 1975, she edited the movie Alice Doesn’t Live Here Anymore and she was also supervising film editing in the 1976 hit film Taxi Driver.

She got a nomination for the BAFTA Award for Best Editing along with Tom Rolf and Melvin Shapiro for the film Taxi Driver. The year 1977 was the best year of her career.

Marcia, along with Richard Chew and Paul Hirsch won the Academy Award for Film Editing for her work in Star Wars: Episode IV – A New Hope. The same year, she worked as a supervising editor on Martin Scorsese’s film New York, New York.

In 1997, she won Saturn Award for outstanding editing for her work in Star Wars. Her last work as an editor was Return of the Jedi and her last work as a producer was No Easy Way (1996).


This talented lady has been one of the most successful film editors in the industry and she has a net worth of 4.5 billion US dollars but her salary is unknown.

Talking about the rumors and controversy, she has not been in any sort of rumors as well as a controversy to date.

As for Marcia Lucas’s body measurement, there is no information about her body weight and height.

She has brown hair and eye color of light brown. Furthermore, there are no details on her body measures, dress size, or shoe size.

You may also like to read about education, early life, career, affairs, body stat, and social media of Gregg Araki, Andrea Arnold, and Danny DeVito.