He is popular for his appearance in a reality show named Love & Hip Hop: Hollywood.

Marcus Black’s relationship status at present is married. He secretly exchanged vows with Brooke Valentine which was revealed on 24 Feb 2019.

Together this couple has a child. Their daughter Chí Summer Black was born in May 2019.

Also, he was previously married to Jade Wifey but their wedding plus separation details are not disclosed.

Marcus in the former days had a brief fling with Stassia Thomas and Amber Diamond. 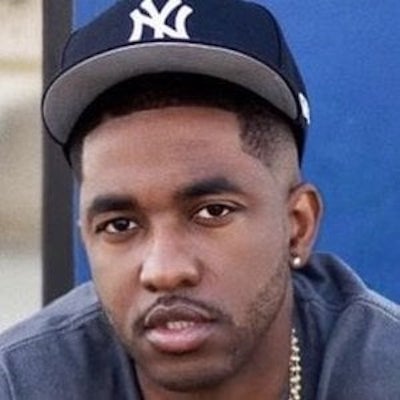 Who is Marcus Black?

Marcus Black is an American rapper and songwriter. He is popular for his appearance in a reality show named Love & Hip Hop: Hollywood.

His birthdate is 02 Sep 1986 and he was born in Chicago, Illinois, the US as Marcus Guy Moody. The name of his mother is Lorrie Moody but his father’s identity is unknown.

Marcus’s ancestry is All-American and regarding his academics, the data is behind the curtain.

Marcus Black as a rapper and songwriter gave his fans tracks named The Vent, Me, Idk, and After Hours. But his popularity mostly belongs to a reality show.

Also, he teamed up with other artists such as The Game, DJ Mustard and Eric Bellinger.

He was seen in Love & Hip Hop: Hollywood that was aired on the VH1 network. From 2017-18, he along with his wife, Brooke was featured. The show showed their relationship struggles and how they overcame their disputes.

By the recorded reports of 2022, he has accumulated a net worth of around $500k US. The salary from his musical journey is behind the curtain.

This Love & Hip Hop famed rapper is keeping himself away from rumors and desperate scandals.

Marcus Black’s height and body weight are average. In addition, he has dark brown eyes and his hair is in black color.

Also, he is on Facebook with more than 3k fans.