Artist Marcus Dunstan is low-key about his love affair. 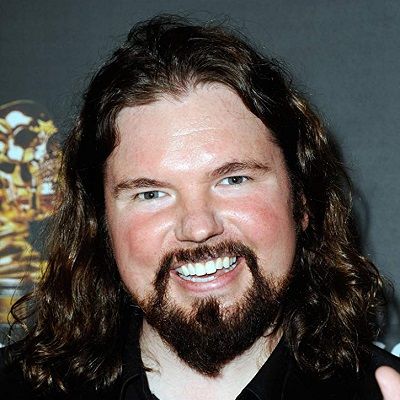 ''When it came time to do the more macabre things, we just tried to tee it up based on the ingratitude of the character, that would then court the gratitude mechanism of the pilgrim. So the more someone was 'asking for it,' that then directly correlated with how they got it.'' ''This is one of those things where they'd have every right to make a feast of me if I said anything. These experiences depend on their surprise and they're how. I am very, very eager for it all to be revealed.'' ''That was just sheer delight. It was delight based in, this all stems from a true story, an absolutely a true story written by Noah Feinberg. Some of the more garish and outlandish things in the opening sections are just absolutely true. And the proof is in the last image of the end credits, where we slowly zoom in on the actual photo of Noah and the actual photo of the pilgrim that showed up to his house when he was just a little kid and wouldn't break character.''

What is the relationship of Marcus Dunstan?

Marcus Dunstan’s relationship status is single. There are no rumors of him being with anyone.

Who is Marcus Dunstan?

Marcus Dunstan is an American screenwriter, director, and novelist.

Marcus Dunstan is well known for co-writing the screenplay for the 2005 film Feast which was the winner of Season Three of the filmmaking competition reality TV series Project Greenlight.

Dunstan and Melton have also been tapped to write the next “Final Destination” film for New Line, coming nearly 20 years after the original movie.

He studied at the University of Lowa, Lowa, US where he studied film and worked in movie theaters.

While in college Dunstan experimented with 16mm film where he often used himself as the guinea pig in poorly executed stunts like dragging behind a car, the target of flying knives, and thrice being set on fire.

He holds the record for spilling the fakest blood ever in a student film.

In 1999, he moved to Los Angeles where he worked in several places including a retirement home, an Optometry clinic, and a video store and spent his nights writing on a computer borrowed from fellow screenwriters, Patrick Melton.

In March 2005, Dunstan wrote the screenplay for the Feast along with Patrick Melton which was directed by John Gulager.

He is also in pre-production and post-production for his other screenplays.

Dunstan co-wrote with Melton a screenplay for the potential eleventh film of the Halloween Franchise.

In 2013, Melton and Dunstan were enlisted to perform uncredited rewrites on Pacific Rim when their spec script Monstropolis caught Guillermo Del Toro’s attention and then were attached to a film version of God of War.

In October 2016, Dunsten, along with partner Melton, was selected to write for the adaptation of Brandon Sanderson’s The Way of Kings.

He also wrote additional dialogue for the Saw Escape Room in Las Vegas.

In addition to writing the screenplay for the 2009 movie The Collector, he directed the film as well.

He also directed the sequel to The Collector, titled The Collection and the 2016 movie, The Neighbour.

Dunstan, Melton, and Stephen Romano co-wrote the thriller novel Black Light – Don’t Look Too Deep, which will be published on October 5, 2011.

The novel will adapt in a feature film written by Patrick Melton and Dunston, under the direction of Stephen Romano, Michael De Luca will produce for Warner Bros.

Dunstan’s net worth is around $16 Million US. His average salary as a screenwriter is $62,401 annually.

You may also know about net worth, body measurements and early life of Jennifer Lynch, Paul Thomas Anderson and Ryan Murphy.