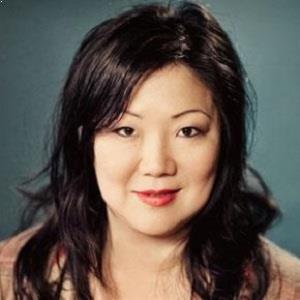 Sometimes when we are generous in small, barely detectable ways it can change someone else's life forever. Just because you are blind, and unable to see my beauty doesn't mean it does not exist. People drain me, even the closest of friends, and I find loneliness to be the best state in the union to live in.

Margaret Cho married Al Ridenour on June 13, 2003. Al is an artist involved in the production of Cacophony Society and the Art of Bleeding. Margaret e described her marriage as “very conventional and conservative. The pair separated in September 2014. The separation was confirmed in December after more than 12 years of marriage.

Who is Margaret Cho?

Margaret Cho is an American stand-up comedian, actress, and fashion designer. She is also an author and singer-songwriter. In addition, she also has her own clothing line of crotchless underwear for men and women. She played the role of Charlene Lee in ‘It’s My Party’.

Margaret Cho was born on December 5, 1968, in San Francisco, California where she spent her early life. She was born in a Korean family.

In addition, she grew up in a racially diverse neighborhood. She is the daughter of Young-Hie and Seung-Hoon Cho. Moreover, her early life was full of bullying. she had a rough childhood. She has stated that she was sexually molested multiple times as a child by a family friend.

Talking about her education, Margaret attended Lowell High School but skipped class and got bad grades in ninth and tenth grades, resulting in her expulsion. Later she attended the San Francisco School of the Arts.

She got the coveted spot as the opening act for Jerry Seinfeld in 2010. She hosted the New Year’s Rockin’ Eve 95 show with Steve Harvey. In addition, she appeared in an episode of the HBO comedy Sex and the City’s fourth season which aired on June 3, 2001. Later, she also appeared in the comedy 30 Rock in the episode “Everything Sunny All the Time Always.”

Margaret wrote and published an autobiographical book titled, ‘I’m the One That I Want’. In 2005, she published her second book I Have Chosen to Stay and Fight. She is currently the host of the weekly podcast Monsters of Talk along with Jim Short. She competed in the eleventh season of Dancing with the Stars and partnered with Louis van Amstel in September 2010. In addition, she has more than 70 credits as an actress.

Moreover, she got the nomination for the Primetime Emmy Award in the category of Outstanding Guest Actress in a Comedy Series for 30 Rock in 2012. Additionally, she also garnered the American Comedy Award in 1995 for Funniest Female Stand-Up Comic. Her album “American Myth” garnered the nomination for Best Comedy Album at the Grammy Awards in 2017. She has a total of 1 win and 6 nominations to her name.

Her exact amount of salary is not known. Her net worth is estimated to be around $ 3 million.

Margaret Cho has been involved in several controversies professionally. Her New Jersey during 2016 was a controversial show as she reportedly opened up about being a rape victim, insulted audience members and heckled some people as they left the club. She later apologized for her action.

Later on, Margaret was part of ‘Doctor Strange’ whitewashing controversy which resulted in a feud. She has also been part of several controversies due to her comments regarding Donald Trump. She had an onstage meltdown during a show at the Stress Factor in New Jersey. There are rumors that Margaret might be gay. This is not proven as of now.

Moving towards her body measurements, Margaret has a height of 5 feet 5 inches (1.65 m). she weighs 157 lbs. Her hair color is Black and her shoe size is 7(US).