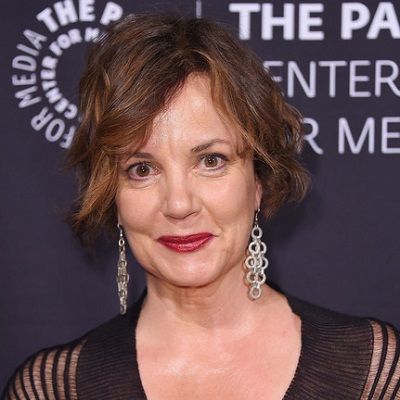 Margaret Colin is married to actor, Justin Deans. First, they met on the set of As the World Turns. They played the character of love interest in the series. They married in January 1988.

Together, they have two sons, Sam and Joe. She also has a stepdaughter from Deans’ first marriage.

Who is Margaret Colin?

American Margaret Colin is an award-winning actress. Colin is renown as Eleanor Waldorf of the TV series, Gossip Girl.

Last, in 2019, she appeared in the TV series, The I-Land as Doctor Steveson.

Margaret Colin was born on the 26th of May 1958 in Brooklyn, New York, U.S and raised on Long Island. Her father is a police officer based in New York. Colin is of Irish descent raised on the Catholic family.

She has a brother, John. He is a teacher by profession in the New York City schools.

In 1976, she graduated from Baldwin Senior High School in Baldwin, New York. After that, she attended Hofstra University in Hempstead, New York.

In 1956, she started her career as an actress with the TV series, The Edge of Night. In the series, she played the character of Paige Madison, a former terrorist, and heiress who survived seven murder attempt. Altogether, she featured in 69 episodes on the show.

With her first show, she established herself as a versatile actress. After the show, she featured the TV series, As the World Turns as Margo Hughes for nine episodes. Following the series, she debuted in the movie with the movie, Pretty in Pink as an English Teacher.

Following the Movie, she was cast in the TV series, Foley Square as Asst. D.A. Alex Harrigan. After the series, she debuted in the TV movie with The Return of Sherlock Holmes as Jane Watson. Some of her movies along with the date and character are-

-1995- Nominated for Viewers for Quality Television Awards for Chicago Hope.

She is a brown-eyed brunette. Her height is around 5 feet and 10 inches.

You may also know about early life, net worth and body measurements of Diane Ladd, Michael Cassidy, and Wes Brown.