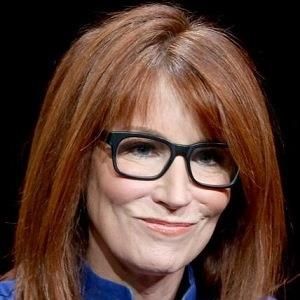 Margaret Nagle is a married woman. She tied the knot with Richard Rowe on July 15, 2007.

Previously, she was married to Ron Fassler on September 4, 1988. The couple has two children namely, Jeremy and Charlotte. Unfortunately, they got divorced.

Then, she married Richard Rowe.

Who is Margaret Nagle?

Margaret is a screenwriter, television producer, and human rights, activist. She is the writer and the producer of the series, Red Band Society which is also based on Catalan TV series Polseres Vermelles. Similarly, she has been nominated for two Emmy Awards and won three Writers Guild of America Awards.

Margaret Nagle was born in Berkeley, California, the United States on January 12, 1961, age (58). Unfortunately, there is no information about her family and childhood. There isn’t any information about her siblings. She belongs to American nationality and English ethnicity. Her birth sign is Capricorn.

On talking about her education, she began her undergraduate work at UC Berkeley while still in high school attending both simultaneously. She received her bachelor’s degree at Northwestern University in Evanston, Illinois.

On talking about her profession, she wrote the script for The Good Lie, released in 2014, a movie about the Lost Boys of Sudan, It premiered at the 2014 Toronto Film Festival.

In fact, Bruce Weber in his New York Times review of the show wrote, “Watch out for the faculty members, each astutely idiosyncratic. In addition, her very first film script, Warm Springs about FDR’s dealing with polio was a critical success for HBO. Likewise, she also wrote two episodes for Season One of HBO’s Boardwalk Empire: “Broadway Limited” and “Anastasia”.

Besides that, she was a supervising producer on season one and season two of the show. Boardwalk Empire Season One. Similarly, her other work includes the Lifetime show Side Order of Life in 2007.  Then, she wrote a CBS 2009 television pilot, The Eastmans, a medical show centered around a complicated family of doctors.

There is no information regarding her income, salary. Whereas, her net worth is estimated to be around 3 million dollars.

Margaret’s hair color is red and her eye color is grayish green. Whereas, her height, weight, shoe sizes are unknown.

Also, read the affair, salary, the net worth, controversy, and the bio of  Jason Schwartzman, Jessica Goldberg, Alex Zamm