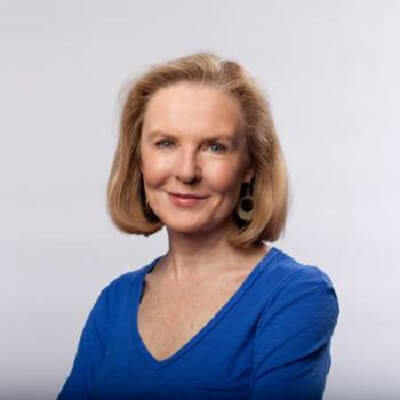 Margery Eagan is divorced. She previously married to Peter Mancusi Jr. The couple exchanged wedding vows on 29 September 1979 in Centreville. The wedding ceremony was done in the Roman Catholic Church, Our Lady of Victory by the Rev. Michael Proterra.

Her ex-husband, Peter was an editor and reporter of Boston Globe. From their marriage, they have two daughters and a son. The couple was married for around 20 years before they divorced in 1995.

Who is Margery Eagan?

Margery Eagan is an American talk radio host best known as the co-host of the Jim & Margery Show. Moreover, she frequently appears as a guest on ABC, CNN, Fox News, and the Imus in the Morning radio show.

She was born to parents, Daniel Eagan(father) and Margaret Manning(mother). She spent her childhood days in Fall River with her family. Eagan has an older sister named Elizabeth.

During her childhood days, she started writing stories. Her English teacher in high school encouraged her.

Her ethnicity is Irish-American.

Talking about her education, she attended Durfee High School. After completing her high school studies, she joined Smith College and studied there for a year. After that, she transferred to Stanford University. She graduated majoring in American Studies.

After graduating from Stanford, Margery got a job at the Fall River Herald News and earned $15 per story. Soon, she was also freelancing for The Boston Globe and the New Bedford Standard-Times.

Currently, Eagan is the co-host of the midday program Boston Public Radio of 89.7 WGBH. She has been working there with Jim Braude, the co-host for around 18 years. They first did a TV show together at NECN followed by a radio show at WTKK. The pair joined WGBH in 2013.

She was also the Catholic columnist for Cruxnow, the Boston Globe’s website. In 2015, she came in 1st place for excellence in religion commentary at the Religion Newswriters Association’s annual conference held in Philadelphia, U.S.

Margery also frequently appears on the local Boston area TV. She appears in WGBH’s Greater Boston as a panelist on the program’s Friday evening ‘Beat the Press‘ edition. In the program, she summarises and criticizes the media coverage of the previous week’s news events.

There are no rumors about Eagan. Similarly, she has not been a part of any controversy. She has not done anything controversial in her career so far. She is well-respected and loved by all her colleagues and followers.

Margery Eagan has blonde hair and green eyes. However, there is no information regarding her height and weight. Also, she has not revealed her shoe size, dress size, etc.

You may also like to read the Bio, Career, Body Measurements, Social Media, Relationships, and more of Pat Campbell, Frank Kramer, Sophie Grégoire, and more.