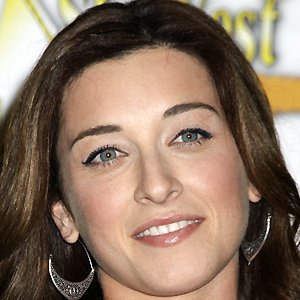 Margo Harshman is a married woman. She has been married to Austen Hooks since 2017 however, her husband filed for divorce following an 8-week-long separation. The reason behind their separation is still a mystery. She is currently more focused on her career rather than being in a relationship.

Previously, she was linked to actor Josh Keaton but the duo has been separated and the actual reason behind their separation is still unknown. After that, she dated actor Chris Marquette from 2003 to 2005 and their relationship also did not last long.

She is currently enjoying her single life and she is living happily in Los Angeles, USA.

Who is Margo Harshman?

Margo Harshman is an American actress who is best known for her roles as Sheldon Cooper’s Assistant, Alex Jensen on ‘The Big Bang Theory’ and as Delilah McGee on ‘NCIS’. She is active in her career since 1997.

She was born on March 4, 1986, on San Diego, California, USA. Her birth name is Margo Cathleen Harshman and she is currently 33 years old. She was born to a Danish mother and a Norwegian father.

Her father’s name is David Harshman and her mother’s name was Janelle Louise Harshman who died from breast cancer after a 20-year battle with the disease on May 14, 2014. She has an older brother and a younger brother and also two sisters. She is the fourth child of her parents.

With the help of her grandmother, she was entered in a beauty pageant at the age of two. After a year, she was involved in dance and gymnastics. Also, she learned to play piano at the age of 5 and she began acting and met her first manager at the age of 8.

Margo holds American citizenship but her ethnicity is a mix of German, Swiss-German, Danish, Norwegian, English, Irish, Scottish, and French.

She lived in La Costa, San Diego County, California where she attended school until the age of 12. After that, she moved to Orange County, California and then finished the rest of her education by attending Hewes Middle School and then Foothill High School simultaneously.

She was successful in attracting many directors and managers through her acting skills at her young age. She began her career from the film ‘The Elf Who Didn’t Believe’ in 1997 in which she portrayed the role of Jolie.

She made her breakthrough from the role of Alex Jensen in the series ‘The Big Bang Theory’ which ran from 2012 to 2013. Also, her fame increased after she portrayed the role of Delilah Fielding in ‘NCIS’ from 2013 to 2019.

Her other notable television series include as ‘Without a Trace’, ‘Grey’s Anatomy’, ‘Journeyman’, ‘Modern Family’, ‘House’, etc.

She has an estimated net worth of around $6 million and she has earned that sum of money from her professional career. She also earns some portion of her net worth from several ads.

There is a rumor that she is in an affair with former professional pitcher Jack Harshman. Also, she is rumored to be in a relationship with former Washington State University and University of Washington basketball coach Marv Harshman. However, the rumor has not been confirmed yet.

Who is Claire Hosterman? Known as Disney star Dove Cameron’s sister. Here is what you need about this talent!