Maria Bartiromo is a 2-time Emmy winning Anchor, Global Markets Editor on Mornings with Maria on Fox Business Network. She is married to Jonathan Steinberg. 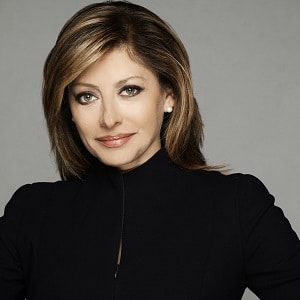 I think that my biggest attribute to any success that I have had is hard work. There really is no substitute for working hard

I'm not a money manager, but I can tell you what the conventional wisdom is. The younger you are, the more risk you can take on

Too many people say to their brokers, I can't deal with this. Take my money. Do what you want. That's the worst attitude you can have.

Maria Bartiromo is married to Jonathan Steinberg on 13 June 1999.

They do not have children from this relationship. Their marriage is going strong as there is no news regarding any extramarital affairs at present.

Who is Maria Bartiromo?

Maria Bartiromo is an American journalist and author. People mostly know her as the host of ‘Mornings with Maria’ and ‘Maria Bartiromo’s Wall Street.’ Additionally, she is also the editor of the global market at Fox Business Network.

Bartiromo was born in Brooklyn, New York City, New York as Maria Sara Bartiromo on September 11, 1967. She was born to parents Vincent and Josephine Bartiromo.

She has a brother and a sister. Throughout her early life, she grew up in the Dyker Heights section of Brooklyn. She is of American nationality and she belongs to an Italian ethnic background.

Talking about her education, Bartiromo attended Fontbonne Hall Academy in Bay Ridge. Additionally, she also graduated from New York University and has a Bachelor of Arts degree, and has majored in journalism and economics.

Bartiromo initially spent 5 years as a producer and assignment editor with CNN Business News. In 1993, she joined CNBC and replaced analyst Roy Blumberg.

She was the anchor of the CNBC business interview show ‘On the Money with Maria Bartiromo.’

She began hosting ‘The Business of Innovation’ in 2007. In addition, she has also appeared in other shows like ‘The Tonight Show with Jay Leno’, ‘The Oprah Winfrey Show’, ‘The Caroline Rhea Show’, ‘Real Time with Bill Maher’, and ‘Late Night with Conan O’Brien’ among others.

It was announced on November 18, 2013, that Bartiromo was leaving CNBC to join the Fox Business Network.

Furthermore, Bartiromo has also authored three books, namely, ‘Use the News: How to Separate the Noise from the Investment Nuggets and Make Money in Any Economy’, ‘The 10 Laws of Enduring Success’, and ‘The Weekend That Changed Wall Street.’

In addition, she was listed at number 2 in the list of 250 Most Influential Business Journalists by the UK-based company Richtopia.

Bartiromo’s current salary is $10 million per year. Additionally, she has an estimated net worth of around $50 million at present.

Bartiromo became part of the controversy due to her interview with Donald Trump. Her work in the interview was accused of being propaganda rather than journalism. Furthermore, Maria has also been accused of being a celebrity journalist. At present, there are no rumors concerning Bartiromo and her career.

Talking about her body measurement, Bartiromo has a height of 5 feet 5 inches (1.65 m). Additionally, she weighs around 63 kg. She has a body measurement of 38-28-38 inches. Furthermore, her hair color is brown and her eye color is green.

Also know more about the early life, career, net worth, relationships, and controversies of other journalists like Mary Bruce, Axelle Francine, Sharyn Alfonsi, Dan Rather, and Cokie Roberts