Maria Shriver is the celebrity ex-wife of Arnold Schwarzenegger.

Maria Shriver was previously married to Austrian bodybuilder and actor Arnold Schwarzenegger. They met at a charity tennis tournament being held at her mother’s home.

Shriver and Schwarzenegger announced their separation after 25 years of marriage on May 9, 2011. Additionally, in 2013, she began dating political consultant Matthew Dowd.

At present, she is single, however, her divorce from Arnold has not been finalized as of yet. 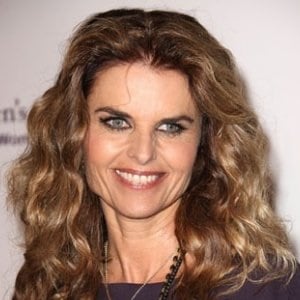 Make your mistakes and learn from them. And remember: No matter how many mistakes you make, your mother always loves you.

We all obsess about what we are doing and accomplishing. What if we let it go and simply made the way we live our lives our accomplishment?

My mother's death brought me to my knees. She was my hero, my role model, my very best friend. I spoke to her every single day of my life. I really tried hard when I grew up to make her proud of me.

Who is Maria Shriver?

Maria Shriver is an American journalist, activist, and author. Additionally, she was previously married to Arnold Schwarzenegger and hence was the First Lady of California.

Currently, she serves as a special anchor and correspondent for NBC News.

Shriver was born in Chicago, Illinois on November 6, 1955, to parents of politician Sargent Shriver and activist Eunice Kennedy Shriver. She became interested in the world of politics at an early age as she is the niece of United States President John F. Kennedy.

She is of American nationality. Furthermore, she belongs to a mixed ethnic background of German, Irish, Scottish, English, Dutch, and French Huguenot.

Talking about her education, Shriver attended Westland Middle School in Bethesda. Additionally, she also attended Stone Ridge School of the Sacred Heart and graduated in 1973.

Eventually, she studied at  Manhattanville College for two years, then transferred to Georgetown University in Washington, D.C. She has a Bachelor of Arts degree in American studies.

After her husband became the 38th Governor of California, she started serving as the First Lady of California. Some of the projects that Shriver has worked on in her career are The Alzheimer’s Project and The Shriver Report.

Apart from her career in politics, she has also authored several books to date. Some of them are ‘Ten Things I Wish I’d Known Before I Went Out into The Real World’, ‘What’s Heaven?’, and ‘Just Who Will You Be? Big Question, Little Book, Answer Within’.

As the first lady of California created initiatives to focus on the needs of women, the developmentally disabled, and military families. Furthermore, she has also been involved in several charities and causes including Best Buddies, and Special Olympics.

Shriver has won two Emmy Awards and an Academy of Television Arts & Sciences award as executive producer of ‘The Alzheimer’s Project’. Additionally, she received the Shinnyo-en Foundation’s 2009 Pathfinders to Peace Award 2009.

Shriver has not revealed her current salary. However, she has an estimated net worth of around $200 million at present.

Shriver’s relationship with Arnold has stirred controversies several times. Arnold was criticized after it was revealed that he had fathered a child with the couple’s longtime housekeeper, Mildred Baena while still married to Shriver.

Furthermore, the state of their divorce has also made news several times as even after seven years of them filing a divorce, it has not been finalized to date. At present, there are no rumors concerning Shriver and her career.

Talking about her body measurement, Maria Shriver has a height of 5 ft 5 inches. Additionally, she weighs around 57 kg. She has a measurement of 34-25-35 inches.

Furthermore, her hair color is dark brown and her eye color is blue. She has a dress size and shoe size of 4 (US) and 8 (US) respectively.