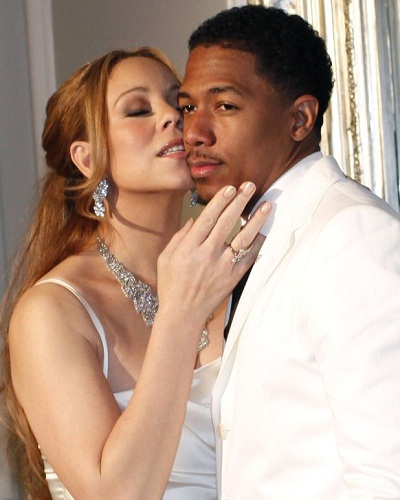 The relationship is like a game for Hollywood celebs. It is like a fun thing for them! They date a guy, get married or no. But one they separate, it’s no big deal! They make out with a new one and again split.

Mostly only 20% have a strong relationship with fewer marital problems. Let’s dig into the life of Mariah Carey who split with her husband a few years ago and got caught by a camera having romantic dinner dates with different men in a row!

Reunion of Mariah Carey and Cannon

Reunion with an old flame?

Mariah Carey and her ex-husband Nick Cannon were spotted enjoying a dinner date in California two nights in a row. The outings are seen less than two weeks after the pop diva has split from boyfriend backup dancer Bryan Tanaka. They had wonderful dates having perfect dinner and also refreshed the old memories.

Despite their separation, Maria’s ex-husband revealed that he still loves his ex-wife and can’t get over. Moreover, he says, she’s the only woman he would remarry.

Carey, 50, and Cannon were sighted at the Mr. Chow restaurant in Beverly Hills with their 5-year-old twins, Moroccan and Monroe, on Thursday, 20 April.

Carey looked beautiful and was in her black dress with a leather jacket, while Cannon, 39, wore a burgundy suit with a white button-down shirt, a navy hat and studded black loafers.

They took their babies on their dates as well and it seems they might reunite again in the future for the sake of their children.

The next night, on Friday, 21 April, the now-friendly exes went to Nobu Malibu for a private dinner but without their children.

The “I Don’t” singer wore a plunging, sleeveless black top and had put her curly locks down. Former America’s Got Talent host had on a black leather jacket and a red turban.

You may like to read Mariah Carey denies being the Queen of Christmas! Know about her horrid experience during her shoulder dislocation and rib fracture following an accidental slip!

Carey total relation after the split with Cannon

Us Weekly confirmed earlier this month that Carey and Tanaka, 34, had called it quits after their five-month romance, which was documented also on her E! docuseries, Mariah’s World.

TMZ also stated that Carey had broken up with the choreographer because he was envious of her close relationship with Cannon. Carey and Cannon, who married in April 2008 had finalized their divorce in late 2016.

She was later engaged to Australian billionaire James Packer last year before she began her friendship with Tanaka which soon turned romantic.

Mariah Carey is an American singer, songwriter, record producer, and actress. She is famous for hits like “Vision of Love,” “Touch My Body“, and “Shake It Off.” In 1998, she got an honor as the world’s best-selling recording artist of the 1990s at the World Music Awards and subsequently got title of the best-selling female artist of the millennium in 2000. More bio…

Nick Cannon is an American rapper, actor, comedian, entrepreneur, record producer, radio and television personality. On television, Cannon began as a teenager on All That before going on to host The Nick Cannon Show, Wild ‘N Out, and America’s Got Talent. He acted in the films Drumline, Love Don’t Cost a Thing and Roll Bounce. As a rapper, he released his debut self-titled album in 2003 with the hit single “Gigolo”, a collaboration with singer R. Kelly. In 2007 he played the role of the fictional footballer TJ Harper in the film Goal II: Living the Dream. More bio…