Global icon Mariah Carey is a mother of two.

Who is Mariah Carey dating now?

Mariah Carey has been married and divorced twice in her life. She had an on-and-off relationship with Bryan Tanaka since 2016.

She and James got engaged in October 2016, but the couple separated after less than a year of dating. After that, she began dating the American backup dancer and choreographer Bryan Tanaka in late 2016. But after a few months, the couple broke up at the beginning of April 2017.

Her first husband was the famous American music executive Tommy Mottola. After a few years of their affair, the couple got married on 5 June 1993. On May 30, 1997, the couple announced their separation.

Their divorce was finalized on December 2, 2000. After that, she began dating the famous American actor and rapper Nick Cannon.

The couple got married on April 30, 2008. The couple together had twins, a daughter, and a son named Moroccan Scott Cannon and Monroe Cannon In August 2014, Cannon confirmed he and Carey had separated a few months earlier.

Nick filed for divorce on December 12, 2014, and their divorce was finalized on 2 November 2016. Carey began dating Australian billionaire James Packer after her separation from Nick. 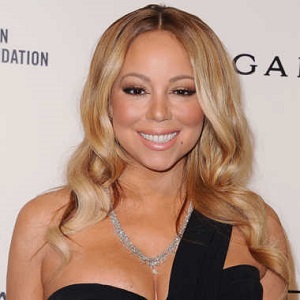 You really have to look inside yourself and find your own inner strength, and say, 'I'm proud of what I am and who I am, and I'm just going to be myself

There is a light at the end of the tunnel... hopefully its not a freight train!

If you see me as just the princess then you misunderstand who I am and what I have been through.

Who is Mariah Carey?

Mariah Carey is an American singer, songwriter, record producer, and actress. She is best known for hits like “Vision of Love,” “Touch My Body“, and “Shake It Off.”

Carey was born on 27 March 1970, in Huntington, New York, USA. She is an American nationality and is of African-American, Cuban, and Irish ethnicity.

She is the daughter of Patricia Carey(mother) and Alfred Roy Carey(father). Her mother is a singer and vocal coach and her father was an aeronautical engineer. She has an elder brother named Morgan and an elder sister named Alison.

Her parents divorced when she was just three years old. She was very inspired by her mother from the age of 2 and she started learning to sing at the age of 4.

She attended Greenlawn’s Harborfields High School and graduated in the year 1987. Later, she also studied cosmetology.

Before fame, Mariah Carey worked as a waitress while she was studying cosmetology.

Carey has been an active member of the music industry since the year 1988. She released her debut album, Mariah Carey, in 1990. Her album eventually reached the top of the Billboard 200.

Carey began recording her second studio album, Emotions, in 1991 and was released on September 17, 1991. In 1990, she rose to fame with the release of “Vision of Love” from her eponymous debut album.

In 1992, she was seen singing the cover in MTV’s Unplugged and her cover was so famous and resulted in being No. 1. Her Merry Christmas song, which was released in the year 1994 was a super hit.

In 1998, she was honored as the world’s best-selling recording artist of the 1990s at the World Music Awards and subsequently named the best-selling female artist of the millennium in 2000. Since then, she has written songs for popular singers. She earned several awards and honors in her career and she has accumulated a net worth of 520 million dollars.

In 2012, she was one of the co-judges in FOX television’s American Idol along with the singers like Randy Jackson, Nicki Minaj, and Keith Urban. She also experimented with acting and appeared in The Butler, which is Lee Daniels’ biopic about White House butler Eugene Allen. She gave her voice to an animated movie named The Lego Batman Movie in the year 2017.

In her entire career, Maria has been nominated for and won many awards. In the year 1996, she won the 38th NARM Awards, 22nd People’s Choice Awards, the 2nd TMF Awards, the 11th National Dance Music Award, 1997 VH1 Viewers Poll Awards.

In 2011, she has won the 2nd Noble Gift Gala in the Noble Gift Humanitarian Award category.

In 2012, she won 5th BET Honors for the Entertainers Award category and 12th BMI Urban Awards for the BMI Icon Songwriter category.

Carey has a net worth of $520 million but her salary is not revealed yet.

There is no rumor of her present love affair. Carey has been criticized for her 2017 New Year’s Eve performance by most of her fans and audiences. People are saying that her magical voice is not there anymore.

According to the recent update, Mariah Carey sued over the hit track All I Want for Christmas Is You.

Moving towards her body measurements, Mariah Carey has a good height of 5 Feet and 9 Inches (1.73m) with a bodyweight of 65kg.

She has a well-shaped bodyweight of 38-26-35 inches. She has golden brown hair color and her eye color is dark brown.

Starting From Dinner Date To PDA Mariah Carey and Bryan Tanaka Has It All!